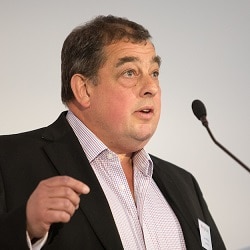 Small law firms are appealing places to work for solicitors from larger practices, but growth and credibility are among the concerns, according to a survey.

Some 64% of those polled had worked in medium, large or top-tier firms before moving to a smaller practice, up from 53% when it was last conducted three years ago.

The findings were in the latest Bellwether report from LexisNexis, entitled, Is the future small? [1]. It surveyed 176 solicitors, mainly from firms with 20 fee-earners or fewer.

The good parts of working in small firms outweighed the bad, it found.

The ability to remain in control (82%), a better client experience (79%), and swift decision making (76%) were among the major benefits respondents cited, as against worries such as some clients perceiving small firm size as lacking in credibility, and a lack of capacity forcing them to turn good work away.

Other significant issues included the difficulty of succession planning when clients were ‘buying’ them personally and increasing compliance regulations.

One solicitor told researchers: “We get exposed to some seriously big players. But we can’t go for the work with only 15 lawyers. So we find ways of making ourselves look a little bit bigger, like networks and co-branding.”

There were also holistic benefits to smaller firms, such as a better work/life balance, but it was the focus on quality work and client service that were the main drivers.

In any case, over three-quarters of those surveyed found it hard to take time off, thereby undermining the opportunities to find such a balance.

There were mixed views on the need for growth. While it was equated with an optimistic attitude for the future of the practice, 51% thought their firms were optimally sized for success – up on 2016, “implying that solicitors are increasingly confident that bigger is not necessarily better”.

Nevertheless, 41% of those surveyed would like to see an increase in their firm size, “although it’s not clear what kind of an increase would suffice”, the report said.

Jon Whittle, market development director at LexisNexis UK, said: “The future is certainly bright for small firms and an overwhelming number of solicitors working in these organisations believe that small law is better – from both personal and professional standpoints.

“While small law firms believe the benefits of their size outweigh the challenges, these organisations aren’t dismissive of the challenges they face, which is a good thing. Their combination of realism, confidence and optimism will likely help them to continue to thrive.”