Small firms “unable to pay for the best lawyers” 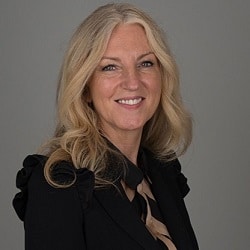 Sedgwick: Candidates are looking for a better work-life balance and workplace culture

Smaller law firms are unable to pay the high salaries that top candidates for jobs are demanding and this is putting them under economic pressure, a survey of 4,000 practices has concluded.

But offering other benefits, such as flexible working, were also increasingly important retention tools.

The survey found that a majority of law firms (54%) thought the number of lawyers with the rights skills for them to recruit was declining. Only 5% thought it was increasing.

Researchers contacted 4,000 law firms in November and December last year for the annual Legal Salary Survey by recruitment firm Clayton Legal. More than half (58%) were small firms with one to five partners, while 22% had more than 20 partners.

The survey said “law firms of all sizes” were struggling to recruit experienced candidates with the right skills in specialist areas, and there was a “current gap” in particular for those with more than three years’ PQE.

“Candidates across the board are also seeking higher salaries, and are open to moving to other firms to pursue financial remuneration, a key challenge that was highlighted by respondents throughout the survey.

“As a result, firms are finding it harder to retain professionals who are being attracted by larger firms. Top candidates are demanding higher salaries which smaller law firms are unable to pay – a trend which sees economic pressure placed on smaller firms that are forced to compete.”

More than half (56%) thought that attrition rates were increasing, with skills shortages leading to greater competition for candidates and higher pay. Further problems were caused by older lawyers retiring and “unrealistic graduate expectations”.

Law firms complained of a lack of PQE, a lack of training and qualifications, and a “general lack of experience” in specialist areas of expertise.

“Firms also highlighted the worrying level of general background education of applications, in particular in relation to written and verbal communication skills, including grammar, spelling and vocabulary.”

Researchers said candidate expectations were high and firms needed to find ways to “meet or match them to retain their best talent”, including by encouraging flexible working and a “strong and inclusive” workplace culture.

After pensions schemes, flexible working was the most common additional benefit offered by law firms, together with bonus schemes.

Professional study support was next on the list, followed by private health insurance and additional holidays.

Law firms said the most effective ways to recruit lawyers were through legal recruiters (69%), networking (52%) and LinkedIn (38%).

Lynn Sedgwick, managing director of Clayton Legal, said: “Candidates are looking for a better work-life balance and workplace culture, and they’re prepared to move firms in order to get it.

“We’re increasingly seeing a real parallel with those firms that are offering attractive workplace benefits, and those that are able to hold onto their top talent.”