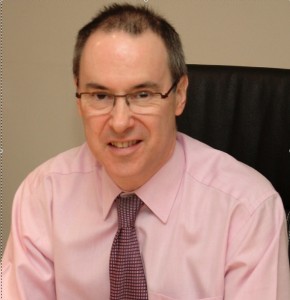 Mid-sized law firms are looking more likely to secure mergers in the coming months than their smaller brethren, new research has indicated.

The survey of 92 firms found that most of the firms that had received or made multiple approaches had at least 10 partners.

By contrast, 80% of those firms that reported neither making nor receiving approaches had fewer than 10 partners.

The survey of a wide range of firms – with a median of nine partners – is latest in a series of six-monthly polls on merger activity conducted by consultant Andrew Otterburn on behalf of the Law Consultancy Network.

There was a drop in the proportion of firms saying that the possibility of merger was something their firm had considered in recently months – 76%, down from 86% in the corresponding survey last year. Only 18% of firms had actually undertaken a merger or acquisition in the past year.

The divide between big and small was also marked when respondents were asked how likely their firm was to merge in the coming 12 months: while 54% of firms with 10 or more partners said the chances were good or almost certain, just 17% of sub-10-partner firms said the same.

Improved size and structure, better opportunities in the post-Legal Services Act world, and a solution to succession issues were the main reasons firms might merge or acquire.

Mr Otterburn said: “There is clearly still lots of interest in the possibility of a merger or amalgamation of some sort, but the actual numbers coming to fruition is still low. The firms likely to achieve a merger are clearly the larger ones with 10 or more partners.

“There is arguably a growing realism that there are not that many good matches out there and a good merger takes time to achieve. Such a merger can transform a practice but this is only the case if the economics are right and if better financial structures are achieved as a result.”

One respondent told Mr Otterburn: “The stigma of needing help from those in a position to offer this needs to be removed. We live in very changing times where some organisations are able to help those unable to survive without a helping hand. Please ask for help before it is too late. Merger activity should be happening faster than it currently is.”

Another said: “The level of consolidation activity within the mid-tier at present is unprecedented and looks set to continue. Quite a number of these mergers appear to have been intended simply to add scale without any clear strategic rationale or plan to support them. It is difficult to see how increased scale in those circumstances provides any lasting benefit (and indeed is likely to result in greater problems in the future).

“Whilst we see the advantages of scaling up the business to remain competitive with those firms who have merged for the right reasons, we are determined not to add scale for scale's sake and will therefore only contemplate a merger within the next six to 12 months if it would result in sustainably profitable growth.”