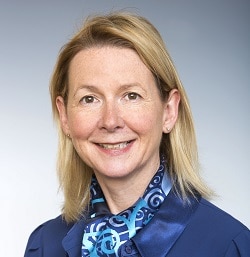 Philips: So many opportunities for legal service providers

Only 11% of small businesses consider solicitors to be good value for money, and most choose not to use them when faced by a legal problem, seeing them as a last resort, according to major new research.

It also found that the annual cost of small businesses’ legal problems to the UK economy to be roughly £40bn, and solicitors were urged to see the opportunities that were on offer to them.

Approaching half (44%) of respondents considered that law and regulation provided a fair environment for businesses to succeed, but only 11% agreed that lawyers were cost-effective (down from 14% in 2015), while 49% disagreed.

However, those who used a legal service provider to address their most recent problem were significantly more likely to agree that lawyers are cost effective (20%). Bigger businesses were more likely to see agree too.

In half of cases, lawyers were used as a last resort. “This supports previous comments that small businesses will avoid engaging formal support if they are able to,” the report said.

It also found that the need for legal services was not generally increasing, with 57% disagreeing that they feel the need to take legal advice more often than they did two years ago. Just 6% agreed.

The survey found that 31% of small businesses had a legal problem in the preceding 12 months, down from 36% in the first survey in 2013.

One in five of them reported trading – issues around goods and services – as the main problem, followed by tax and employee problems (7%). On average, businesses experienced two problems a year, although many did not have a huge impact.

BMG said: “Nevertheless, we estimate the annual cost of small businesses’ legal problems to the UK economy to be roughly £40bn.

“Furthermore, 20% of businesses reported health impacts on personnel, which extrapolates to a minimum of 1.1m individuals, with possible knock-on effects for health services.”

Half of small business addressed their most recent problem on their own, while one in 10 took no action. Nearly a quarter sought legal help.

Where advice was sought, 26% used an accountant and 13% a tax adviser or financial adviser, whereas 20% used a solicitors’ firm and 12% another regulated lawyer, such as a barrister (4%).

The larger the business, the more likely they were to have used a solicitor’s firm or a legal advice helpline.

The report said: “A greater proportion are now likely to disagree that lawyers provide a cost-effective means to resolve legal issues, suggesting that there is still a way to go until small businesses seek legal help as a way to deal with their problems rather than ‘going it alone’.”

Small businesses whose most recent problem related to tax were significantly more likely to use an accountant as their main provider (71%). The same was true for those with a regulation problem (40%). Solicitors were the first choice for business premises or structure problems.

The survey found little shopping around for legal services providers, with reputation, previous use and specialism the main factors influencing choice, ahead of cost.

Some 83% of small businesses said they were satisfied with their provider, while only 5% were dissatisfied.

“It can therefore be said that legal service providers, when available, are meeting the needs of small businesses in a majority of cases,” BMG said.

Dr Helen Phillips, interim chair of the Legal Services Board, said: “While our research suggests the impact of legal problems on small businesses has decreased the estimated annual cost to the UK economy of their legal problems is still very substantial.

“There still remains a perception of legal services as expensive – whether or not that perception is accurate – resulting in many businesses either ignoring legal issues or trying to handle them alone.

It is hoped that work by regulators and others to implement the Competition and Market Authority’s recommendations on improving transparency should help address these issues over time.

“There are so many opportunities for legal service providers to expand their business if they can tailor their services to what this group of consumers need, raise awareness of their services and overcome perceptions of high cost.”

The full data, broken down in various ways, is available to download for free from the board’s website here.