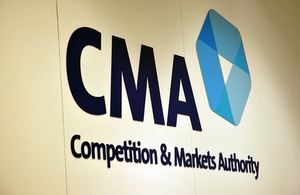 Meanwhile, more unpublished research by the Bar Standards Board has found that introducing price transparency for barristers may not be as difficult as it predicted.

The revelations came in the newly published minutes of July’s remedies programme implementation group meeting – a group consisting of the legal regulators tasked with implementing the transparency recommendations of the Competition and Markets Authority (CMA).

It reported that the SRA would be publishing research this month indicating that small businesses were “less price sensitive than had been anticipated, but that they valued price certainty (though not necessarily fixed prices)”.

The minutes continued: “BSB was also reporting on the outcome of the pilots which had demonstrated that price transparency was less difficult to implement than had been expected.

“In addition, the emerging findings from its study indicated that the public was capable of distinguishing between complex and non-complex cases and were in favour of more rather than less information on price, though interestingly had a preference for hourly rates rather than fixed fees.”

The minutes indicated disquiet at the decision of the Institute of Chartered Accountants in England and Wales (ICAEW) not to force its firms providing probate services to publish their fees, unlike the other legal regulators.

The Association of Chartered Certified Accountants is set to follow its example, the minutes noted.

They said: “There was considerable discussion about the use of the voluntary approach. [The Legal Services Board] said that it had approved the ICAEW action plan on the basis that the review would be undertaken in a short period of time.

“As this meant there was not a whole-of-market approach in relation to probate, this would need to be kept under careful review.”

The minutes reported that the CMA itself had concerns about the voluntary approach and stressed the need “to monitor closely” how effective it was.

“There was a risk to the whole-of-market approach that was intended and this would also be a question for the Legal Services Board going forward in the context particularly of new authorisations.”

This was the eighth and last meeting of the implementation group under the CMA’s oversight, but its members said they intended to keep it going.