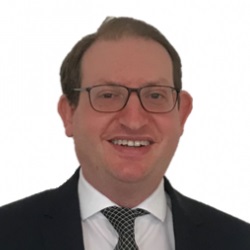 Blech: Control is more important than the right systems

Law firms are using the pandemic as “an excuse” for failing to do things and this could lead to questions from their regulator, an accountant specialising in Solicitors Accounts Rules audits has warned.

The warning came as the director of a major indemnity insurance broker said underwriters were assessing the way law firms were managed “much more accurately”.

Speaking at a webinar on securing the financial future of law firms, run by law firm consultants Legal Eye, Robert Blech, a director of accountants mha MacIntyre Hudson, said the most important word for him was “control”.

He went on: “Sometimes I’ve seen a lack of control over staff and systems where people are working from home. Having the right system is one thing, but control is the key element. This is where the cracks occur.”

Mr Blech said that, for some law firms, “Covid is becoming a bit of an excuse” for their failings.

He said that, during the early stages of the pandemic, processes and controls were put in place but firms claimed that things were not being done as they should be “due to Covid and working from home”.

Mr Blech went on: “I fear that regrettably there will be quite a few enquiries from the Solicitors Regulation Authority where things have not been done at this time.”

On indemnity insurance, Colin Taylor, a director of Howden Insurance Brokers, said it was crucial that law firms provided additional information to their insurers.

He said underwriters viewed the application form as the “black and white” and the additional information as “the colour” which enabled them to see how things were done in a firm.

He said some firms provided no extra information at all, and “I see letters to the legal press from them afterwards complaining about how much their premiums have gone up”. Other law firms “throw too much information” at insurers.

He said underwriters were assessing the way law firms were managed “far more accurately” than before in the current hard indemnity market.

Mr Taylor predicted there would not be “much of a change” in October in the level of premiums, compared to the past two years.

He said the indemnity insurance market “had not really seen the impact of Covid yet” and was still based on the pre-pandemic situation.

Underwriters were “holding their cards close to their chests” as they waited to see what the “true state of the economy was” when government funding was removed.

Mr Taylor said the pandemic had only “highlighted problems that were already there” in law firm management, such as lack of supervision, and, if they could save 30% on their indemnity premium, investing in training was worthwhile.

He said insurers wanted to see that law firms could deal with potential claims quickly and where there was a problem “rectify it and make sure it doesn’t happen again”.

Richard Wyatt, a consultant and former finance director of three law firms, said lawyers may not like it, but they should be told not only what their billing target was but how much cash they were actually bringing in.

“I like that simplicity of approach,” Mr Wyatt said. “It doesn’t matter whether you are in the office or working from home, what law firms are doing are buying part of someone’s life so they can work and make money.”