Slater & Gordon yet to pay any deferred consideration to Quindell vendor 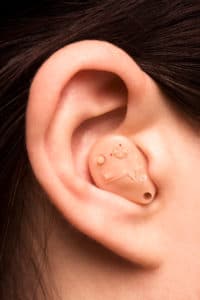 Slater & Gordon (S&G) has yet to pay the company that used to be Quindell any deferred consideration from the 53,000 noise-induced hearing loss (NIHL) cases it bought, it emerged yesterday.

It has also not launched its threatened legal action against Watchstone Group, despite independent counsel saying its claim has merit.

At the time Slater & Gordon bought Quindell’s professional services division for £637m, it said an estimated £40m would follow from a 50% earn-out from existing NIHL cases.

However, announcing the company’s preliminary annual results, Watchstone group chief executive Indro Mukerjee said it was in “active dialogue” with S&G on a number of other matters, “including the performance of the NIHL cases to which deferred consideration is due when, and if, such cases are profitable. To date, no deferred consideration has been paid”.

Last September, the Australian-listed law firm announced that it was taking legal action against Watchstone over the deal.

S&G revealed that £50m of the purchase price was held in escrow against warranty claims that may arise under the share purchase agreement, and then in November announced that it had passed the threshold test for the money staying in the escrow account by having an independent barrister provide a positive merits assessment.

This said that, if successful, the claim would likely have a value of £53m.

Mr Mukerjee said that no proceedings yet have been brought, adding that the company would defend any claim “robustly” if commenced. He pointed out that Watchstone had not provided any evidence to the barrister who carried out the assessment.

Nonetheless, Watchstone has made provision in its accounts for the full £50m as an impairment. “This reflects the inherent uncertainty in valuation of the purported claim and is in no way a reflection of the group’s view on ultimate resolution, which is uncertain in both time and quantum (if any),” Mr Mukerjee said.

He also confirmed that the Serious Fraud Office investigation which was launched in August 2015 into Quindell’s business and accounting practices remained on-going “and we continue to co-operate fully with it”.