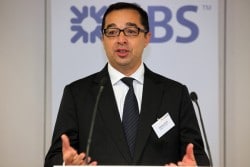 Slater & Gordon has today announced another two acquisitions that it said will make it the largest consumer law firm in Wales, as well as boosting its presence in the north-west and south-west of England, while talks over the acquisition of ‘operating assets’ of Quindell are continuing.

Their annual turnovers are £10.3m (Walker Smith) and £8.4 (Leo Abse), and the combined purchase price is £18.7m, made up of £10.4m cash at completion (including extinguishment of debt), £3.7m of equity consideration and £4.6m of deferred and conditional consideration over two years post-completion. The average EBITDA acquisition multiple is 4.2.

Walker Smith is a four-office, 23-partner firm headquartered in Chester that offers a range of services, but 70% of its revenue is derived from personal injury work. Leo Abse has nine partners and 150 staff in eight offices; it is a consumer and specialist personal injury law with a “highly regarded” UK-wide hearing loss practice.

In all the deals add 200 people and five offices to S&G’s network. Both firms will be dual-branded for the next year.

Last month, S&G announced that it had entered into exclusivity arrangements with Quindell “in respect of due diligence relating to the possible acquisition of operating assets of Quindell”.

Updating the market, it said: “These discussions are ongoing and remain preliminary and incomplete. The purpose of the due diligence process is to assess whether the assets are a strategic fit and to determine their fair value for the purposes of any offer to acquire assets being made.

“Slater & Gordon is also completing due diligence on a portfolio of Quindell personal injury litigation case files with rights to take a transfer of files over the coming months. This file transaction, if it occurs, will not have a material impact on FY15. The company will update the market as appropriate.”

The firm’s UK arm saw turnover up 90%, as a result of other acquisitions, to £60m in the first half, meaning it is now not far off become larger than the Australian side of the business. UK EBITDA more than doubled to £14.4m, a margin of 23.8%. Four-fifths of this income came from personal injury.

S&G group managing director Andrew Grech said “The company is successfully delivering each of the key components of its growth strategy and also achieving improvements in operational performance across the group.

“In the UK we are making substantial progress towards our objective of becoming a leading consumer law firm. We have now secured a strong direct to consumer base, and see substantial capacity for growth. In addition to this, we are also seeing opportunities open up in other channels of new business generation which are under assessment.

“The integration of firms acquired last year is progressing well and only this week we achieved two key integration milestones: the move to our new premises in Manchester and completion of phase one of the implementation of a single practice and case management system in the UK. We remain on track to complete these two important projects by the end of March this year.”