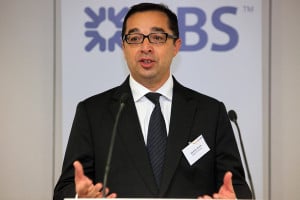 Slater & Gordon is to conduct a major restructuring of its UK operation – with office closures and redundancies on the cards – after it unveiled an eye-watering loss of £493m for the six months ending 31 December 2015.

The loss was mainly attributable to a write-down of goodwill arising from its £677m acquisition last year of Quindell’s professional services division, since renamed Slater Gordon Solutions (SGS), but also underperformance of the entire UK operation.

While still sounding bullish about its future in the UK, the alternative business structure told the Australian Stock Exchange that over the six months both the intake and resolution of personal injury (PI) claims were not at the expected levels, including lower resolutions of noise-induced hearing loss claims. SGS’s performance was “significantly below pre-acquisition expectations” as a result.

The deployment of a new practice and case management system also caused “a loss of productivity”.

The potential impact of the government’s planned personal injury reforms – raising the small claims limit to £5,000 and ending general damages in ‘low-value’ whiplash claims – was a significant factor in the goodwill ‘impairment’.

The acquisition of SGS meant Slater’s revenue for the first half soared from £138m to £251m, but even after ‘normalising’ the goodwill impairment, it recorded a loss of £22m. In the first half of the previous financial year, it made a profit of £25m.

Slater & Gordon’s debt increased 19% to £381m, and the company said it has agreed to deliver an operating plan and restructure proposal to its banking syndicate next month. Any amendments made to its debt facility must be made by 30 April, but if no agreement is reached, the earliest the debt can be called in is 31 March 2017.

The results of the UK operations saw a 7.7% rise in turnover at the main Slater & Gordon Lawyers practice, to £60m, with general law income up 30% to £15m. But earnings dipped dramatically into the red because of the case resolution slowdown.

The figures for SGS showed that £68m of its £123m turnover came from associated non-legal services, such as medicals.

Managing director Andrew Grech – who offered to resign, according to Australian media reports, only for the board to reject it – said: “Clearly today’s results are very disappointing. In particular, the decline in business performance in the UK is of serious concern to all at Slater & Gordon, and equally will be of concern to our investors.

“We will therefore be taking a number of necessary and significant steps to improve operational performance of both the UK business and the broader Slater & Gordon group.”

The UK operation will be reorganised into three ‘centres of excellence’: fast-track PI claims, serious and specialist PI claims, and general law services.

“Serious and specialist PI and general law services benefit from specialisation and locality to markets. These services will therefore be consolidated into specialised units at selected, strategically important locations.”

It said this would all likely to lead to “the closure of a number of current sites” and “a reduction in the total number of UK employees over the course of the next 12 months”, through a combination of natural attrition and redundancy.

The firm will also be “actively engaging with insurers as both business partners in the SGS motor services business, and as counterparties, with the shared goal of reducing frictional costs and delay in claims management and resolution”.

At SGS there will be changes to the case screening policy and “reductions in client to staff member ratios” to drive improvements in case progression and resolution.

Mr Grech said: “Clearly our key priority for the 2016 financial year is reducing debt and focusing on re-establishing a sustainable capital structure to support the transformation programme.

“We have a clear plan which we have begun to implement, which will place our UK business on a sounder footing and which is responsive to the evolving market environment. The changes we are making, whilst difficult, will help to ensure that our UK business is sustainable and thrives over the long term.

“We remain convinced that the emerging market environment in the UK will make scale at least as important as it has been in Australia in generating sustainable returns. We now have a brand recognized for legal services by nearly one in four Britons and an opportunity to lead the ongoing consolidation of the market.”

The only piece of good news was that the Australian Securities and Investments Commission announced that in light of the goodwill write-down and other accounting measures taken, it was discontinuing its inquiry into Slater & Gordon’s financial reports for the 2014 and 2015 financial years.