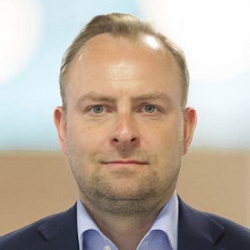 Slater & Gordon (S&G) is to put all contested minor personal injury (PI) claims through alternative dispute resolution in a bid to reduce the length and cost of cases.

It has signed a deal with ADR provider Claimspace to work on traditional fast-track liability claims, MoJ portal quantum disputes and disputes arising out of the Official Injury Claim (OIC) portal.

S&G said it was open about extending ADR into employer’s and public claims, and potentially multi-track cases too.

The Claimspace software has been developed in conjunction with Verisk and will be embedded in S&G’s processes. It is expected that cases will settle within 10 days once entering ADR.

The claimant and defendant insurer have to agree to ADR. Stewart McCulloch, managing director of Claimspace, said insurers have been receptive.

“We are in the process of agreeing scope and onboarding key insurers. Insurers representing circa 30% of the market by number of policy holders are already signed up and using the service now with S&G. More are to join in the coming months.”

A pilot involving claims that do not settle at stage two of the current MoJ portal achieved average settlement times of 6.7 days and £550 reduction in claims costs for insurers, because they did not have to cover the claimant’s advocacy costs for the stage 3 hearing.

The awards were in line with average stage three awards in the portal.

Matt Jarvis, managing director of personal injury at Slater & Gorden, said the technology could quickly scale up to manage a high volume of cases.

“We expect to see disputed cases dropping out of the OIC portal in larger numbers given we are now four months after launch, and we are well placed to work with insurers to give injured people the option of ADR for a better customer journey to settlement.”

Mr McCulloch forecasted that the benefits of digital claims resolution would quickly present significant challenges for litigation and even traditional paper-based ADR offered by some barristers’ chambers.

“The opportunity to present your case in court is a fundamental part of our justice system, but government cuts and the pandemic have opened the door to new approaches.

“In addition, and right across the value chain, digital claims settlement will inevitably call into question the chambers-based model.”

While he said court would always have a role, Mr McCulloch said that “now that the technology is proven, advocates of a court-based litigation process need to find answers to digitised ADR, or risk going out of business”.