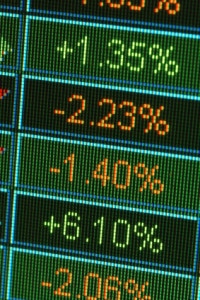 Slater & Gordon (S&G) was yesterday granted a voluntary suspension of its shares on the Australian Stock Exchange following a period when their value has been increasing modestly.

The request came ahead of the troubled law firm’s announcement of its financial results for the second half of 2015 next Monday.

In December Slater & Gordon withdrew its predictions for the current financial year, saying profit was likely to be hit as a result of “slower than expected” case settlements in the UK. The Daily Telegraph also reported recently that the firm’s lenders have forced it into debt restructuring talks.

In a letter to the exchange today, company secretary Moana Weir explained: “The reason for the request is that there are certain material items in the half-year results which are not yet finalised, including, as foreshadowed in December, testing and assessment of the goodwill values for impairment of the UK business.

“[Slater & Gordon] continues to work with its auditors and external advisers to finalise and confirm those material items, and is not in a position to make an announcement until that work is concluded.”

Ms Weir said entering into voluntary suspension would allow the firm to “manage its continuous disclosure obligations in relation to the above matters and to avoid trading in its shares happening on a basis that is not reasonably informed”.

The share price hit a low point last month of just 54c – having been nearly A$8 last year – but was at 83c at the point of the suspension.

However, the two potential shareholder class actions against Slater & Gordon over what has happened since it first mooted the acquisition of Quindell’s professional services division last April appear to be gaining momentum.

Australian class action law firm ACA Lawyers said that major institutional investors from Japan, the US and the UK, as well as locally, have registered with it to be part of an action.

Bruce Clarke, principal with ACA Lawyers, said interest from institutional investors, particularly in the UK, has been “considerable” since the firm’s announcement in December that it was investigating Slater & Gordon’s recent market announcements.

“We now have many major investors from around the world looking to be part of our proceedings, and the number of potential class action members and the value of the claim is growing every day,” Mr Clarke said. “This is in addition to major domestic managed superannuation funds that are clearly very concerned about the investments they have made.”

Fellow class action firm Maurice Blackburn is said to have around 1,750 registrations of interest so far from shareholders, including some institutions.

A spokesman for the firm said: “Thousands of everyday shareholders have already come flowing through our simple online registration portal – including some people with self-managed super and some high net-worth individuals – and the appetite from institutional investors globally has also been significant.”