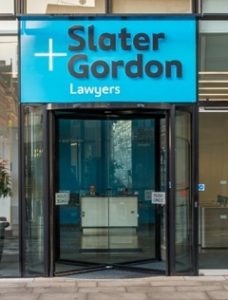 Slater & Gordon (S&G) is to sue the company formerly known as Quindell for £600m on the basis that, but for fraudulent misrepresentation, it would not have agreed the deal that has almost brought the listed law firm to its knees.

Watchstone Group, the renamed Quindell, announced to the London Stock Exchange today that it had been told by solicitors for S&G that they intend to issue proceedings by the end of this month over the acquisition two years ago of Quindell’s professional services group for £637m.

“Its letter states that [S&G] intends to make a claim for a total amount of approximately £600m on the basis that but for fraudulent misrepresentation it would not have entered into the transaction at all.”

This marks a huge escalation of the legal wrangles between the two companies. Last September, the S&G revealed that £50m of the purchase price was held in escrow against warranty claims that may arise under the share purchase agreement.

Then, in November, the firm announced that it had passed the threshold test for the money staying in the escrow account by having an independent barrister provide a positive merits assessment.

This said that, if successful, the claim would likely have a value of £53m.

In today’s announcement, Watchstone said: “A groundless claim for fraudulent misrepresentation was dismissed by the independent barrister in respect of the warranty escrow process relating to the sale of the professional services division in November 2016.

“The opinion, which was formed on the basis of evidence provided by both [S&G] and Watchstone, stated that a misrepresentation claim was not a bona fide claim with a better than 50% prospect of success.”

Watchstone denied any misrepresentation “in the strongest terms” and said it was satisfied “that neither the warranty claim nor a misrepresentation claim have merit and will defend such claims robustly if proceedings are brought”.

It claimed that, despite multiple requests, S&G has “continuously declined to disclose key evidence in its possession which would be relevant to the merits and quantum of its purported claims”. Watchstone said it would seek disclosure of this “at the earliest possible opportunity”.

S&G has been approached for comment, as it has not made an announcement about this to the Australian Stock Exchange.

A little over two years ago, before the deal, S&G’s share price was riding high at nearly A$8; it is now under 10c as the firm has announced eye-watering losses due to writing down the goodwill from the deal.

Its debts are now greater than the value of the business, but recently the firm told investors that its new lenders – after its original banks had sold off their debt – “fully intend to implement a solvent restructure of the company”.

“The new facility has a three-year term and will provide the company with working capital headroom as it continues to execute its plan to restore its financial performance. Discussions regarding the company’s recapitalisation continue.”