Slater & Gordon to stump up £23m for triple acquisition 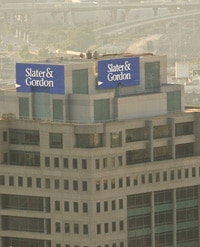 Slater & Gordon (S&G) is paying around £23m for its triple law firm acquisition, with more deals likely over the next 18 months, it has emerged.

It is part of the ambition to become one of the big consumer legal brands over here and replicate the success and profile of S&G back in Australia in the UK.

It is funding this with an equity raising and in a presentation to potential investors, S&G said successful integration of the three will make a “significant contribution to the financial performance of S&G’s UK operations”.

It paid 3.5-4.5 times EBITDA (earnings before interest, tax, depreciation and amortisation) for the three, compared to around five times for Russell Jones & Walker.

The plan is for the UK business to have revenues of £65m in 2015 and a 1% share of the consumer legal market – in Australia, S&G estimates that it has a 25% share of the personal injury market and around 1% of personal legal services.

The deals should complete between August and December subject to the finalisation of due diligence and binding acquisition agreements.

S&G said that the “opportunity pipeline is continuing to build” and that it expects to “execute a number of further transactions over the next six to 18 months”.

Meanwhile, the world’s only other listed legal practice – Integrated Legal Holdings – has made a significant move of its own back home in Australia with four of the law firms in its group formally joining forces. They have created Rockwell Olivier, a largely commercial practice with offices in Sydney, Melbourne, Perth and Singapore and a strategy for growth across the Asia-Pacific region. It has 24 partners and 50 other fee-earners.