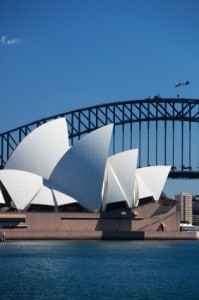 Slater & Gordon’s (S&G) shares collapsed by 25% today after it confirmed that its audit process was under scrutiny by the Australian Securities and Investments Commission (ASIC) and that it had made errors in the accounts for its UK arm.

The shares, which reached A$6.49 last Tuesday, fell to A$3.78 today, having already been hit last week by news that the Financial Conduct Authority (FCA) was investigating Quindell’s public announcements in 2013 and 2014, prior to S&G’s acqusition of its professional services division.

In a statement to the Australian Stock Exchange, S&G said that ASIC has queries for the company following a “routine review” of its accountants’ audit process.

“The company has engaged Ernst & Young (EY) to independently assess the company’s responses to ASIC’s queries,” it said.

S&G continued that together with its accountants, Pitcher Partners, it had started a detailed analysis of the financial information to be provided to ASIC and already identified “a consolidation error in the reporting of the historical UK cash flows”. It said the usual way of dealing with such an error was a note affixed to its next financial statement.

The statement explained: “From the initial date of acquisition of Russell Jones and Walker LLP in the year ended 30 June 2012 until the period ending 31 December 2013, the UK business reported receipts from customers on a ‘gross’ rather than a ‘net’ basis. This effect was wholly offset by the same amount being added to the calculation of total payments to suppliers and employees. The amounts represented customer disbursements and related VAT. Net cash derived from operating activities in all periods was unaffected and remains as reported.

“In the 30 June 2014 and 31 December 2014 financial statements UK VAT is included twice in receipts from customers. This effect was wholly offset by the same amount being added to the calculation of total payments to suppliers and employees.

“The cause of this was an arithmetic error in the consolidation spreadsheet model operated in the company’s UK business at that time. Net cash derived from operating activities in all periods was unaffected and remains as reported.”

The statement also referred to the FCA investigation and said S&G was “satisfied that in the event that any findings are made against Quindell plc, those findings will not expose the company to any material financial risk”.

It added: “The company notes that Quindell plc is due shortly to lodge accounts with the AIM. Those accounts will present Quindell plc’s view of the PSD’s assets on disposal. The company reiterates that its evaluation of the fair value of the PSD assets was undertaken with the assistance of EY and the company’s assessment of the value of those assets was undertaken under the company’s own accounting policies.”

S&G said it was making these points “to avoid the market trading with imperfect information”.

Meanwhile, Quindell said today that its 2014 accounts would not be published tomorrow, as planned, and that its shares would continue to be suspended until they are out.