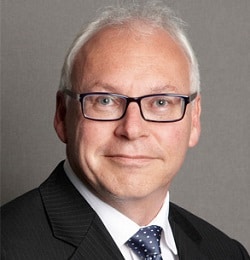 Slater & Gordon has settled the first of three shareholder class action it is facing for A$36.5m (£21.6m), which the claimants’ solicitor said represented just a small fraction of their losses but was a better than “the diabolical alternative which meant likely insolvency for Slater & Gordon”.

The ‘in principle’ settlement, which is made without admission of liability and is subject to court approval, will see S&G’s insurers pay A$32.5m and the hedge funds that bought nearly all of the company’s debt contributing a further A$4m.

The claimants’ solicitor, Andrew Watson, the national head of class actions at Australian law firm Maurice Blackburn, said the settlement was “the best outcome from a terrible situation for shareholders, given the diabolical alternative which meant likely insolvency for Slater & Gordon”.

He said S&G did not have any assets that would be available to fund a settlement or satisfy a judgment against the company as its level of secured debt significantly exceeded the value of its assets, and, as secured creditors, the new owners of S&G’s debt hold a fixed and floating charge over those assets.

As a result, the only source of potential recovery from the company for shareholders was its insurance, the policy limit on which was “unexpectedly low” and represented “on any measure, only a small fraction of the class members’ losses”.

Mr Watson said: “Given the insurance policy limits, and the fact that Slater & Gordon’s defence costs for all actions also come out of the insurance, the proposed settlement will avoid further erosion of the available funds and return to class members as much of what remains under the policies as possible.”

S&G still faces another shareholder class action, while a third has been threatened.

The firm’s shares jumped 10% on news of the settlement, to 8c.