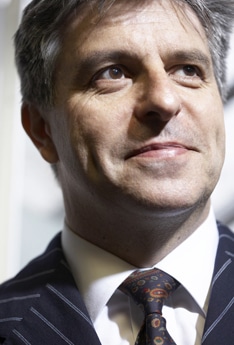 Meanwhile, reporting its financial results for the year ending 30 June 2013 to the Australian Securities Exchange (ASX), the publicly listed company said its UK business had delivered A$70.5m (£40.6m) in revenue.

The announcement follows hard on the heels of the finalisation last week of the acquisition of the PI practice of Cambridge firm Taylor Vinters, the planned purchase of which was flagged in May along with two other firms, Goodmans Law and Simpson Millar, for a total £23.1m.

Of the remaining acquisitions, the purchase of Goodmans is due to be completed on 30 August.

However, the Australian-listed company said: “In light of the current transactions, discussions with Simpson Millar… have been deferred until early 2014.”

The Fentons acquisition had been rumoured in the UK and on Monday S&G applied to the ASX for a halt to trading in its shares until announcements on its financial results and UK expansion plans had been made.

In its report to the ASX, S&G said that the acquisition of 37-partner Fentons – which has offices in London and Manchester – was largely complete and that “due diligence is substantially completed and formal business sale agreements have been executed”. Completion is expected in October 2013.

S&G managing director, Andrew Grech, said: “The regulatory changes in the UK are providing some terrific opportunities. The UK is experiencing a greater rate of consolidation in the PI claims market than first expected.”

He added that the integration of the acquired firms would “be a significant step in building the depth of talent and business base required to achieve long term sustainable growth in the UK.”

UK earnings before interest, taxes, depreciation and amortisation (EBITDA) margin was 20.5%. S&G predicted UK revenues in 2014 would be A$80m. The statement said: “The successful A$64.7 million equity raising in May-June 2013 has set the stage for funding long term growth in [the UK] market.”

It was predicted that in 2014, total group revenue would increase to A$320 million, excluding revenue from acquired businesses. Group EBITDA margin was forecast to be 23-24% “reflecting increased investment in business development activities in the UK (not including positive margin contribution from UK acquisitions)”.

Head of UK business, Neil Kinsella, said the acquisition of Fentons would mean the company’s UK operations would grow by around 280 staff.

He said: “The planned acquisition will help cement Slater & Gordon’s ambition to be one of the UK’s leading consumer law firms and it is a big part of a continued growth strategy…

“We believe Fentons is an ideal partner to move forward with our plans for strategic growth and to boost our presence in the UK.”

Fentons’ senior partner, Kieran Maguire, described the planned acquisition as “historic” and said: “Our organisations have much in common, both have forged reputations in fighting for justice for the victims of industrial disease, workplace accidents, and clinical negligence.”