Slater & Gordon returns to profit after years of turbulence 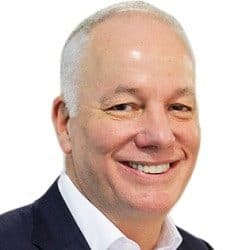 Whitmore: Success reflects the underlying strength of our proposition

Slater & Gordon (S&G) – the first law firm owned by a hedge fund – made a small profit in its first year of independence from its one-time Australian parent, it revealed yesterday.

The business achieved revenue of £223m in 2018, and an adjusted EBITDA – operating profit before interest, tax, depreciation and amortisation, and excluding non-recurring items – of £1m.

The firm said this measure was “the most appropriate approach for ascertaining the underlying trading performance and trends”.

In the year to 31 July 2017, the last published accounts, the UK operation under the old structure made a £52m loss on a turnover of £231m, but there has been huge change since then.

As part of the Australian firm’s recapitalisation plan in late 2017, its senior lenders – led by Anchorage Capital – took control in a debt-for-equity deal and formally separated the UK arm.

The £380m S&G UK owed the senior lenders was transformed into £15m plus £250m of convertible notes only repayable from specific proceeds, including the legal action against Watchstone Group (formerly Quindell) for fraudulent misrepresentation in the deal which sent the firm on its downward spiral.

Watchstone is fighting the claim, which is set to go to trial in October. As partial consideration to shareholders, the Australian business will have recourse to the first £24m of any recovery from the Watchstone action.

S&G chief executive David Whitmore said the firm had achieved “a huge amount” in its first year as a standalone business, “and our success reflects the underlying strength of our proposition”.

The results also show a turnover on the board, with four new directors appointed this year, including chief customer officer Martyn Beauchamp and chief financial officer Alison Wilford. The highest-paid director received £511,000.

Mr Whitmore said: “In the last 18 months we have strengthened the leadership team, bringing in a wealth of experience and skills from inside and outside of the legal sector.

“This mix of talents and expertise will enable our business to continue growing to meet the demands of our customers, partners and colleagues.”

S&G said other highlights of 2018 included 100% retention of contracts with existing partners, a £6.7m investment in technology initiatives – “as the first phase of a three-year multi million programme to enable the business to digitalise legal services and integrate onto a single case management platform” – and the creation of a team of data scientists, “who are providing fresh insight to better resource and plan for case outcomes, based on probability as well as experience”.

Further, the firm was the first business in the world to roll out Microsoft Managed Desktop.

Mr Whitmore said in his review of the business that S&G was re-engineering its claims processes in preparation for next year’s whiplash reforms.

He said the firm would be “well positioned to take advantage of the commercial opportunities that will result from the changes while ensuring our customers continue to be able to access fair compensation.”

They also showed a formal profit before tax for the year of £112m after recording a gain on bargain purchase of £135m.

The Investopedia website describes a bargain purchase as one that involves assets acquired for less than fair market value, in this case 36 different entities from S&G in Australia that made up the UK group.

Current accounting rules require the acquirer to record the difference between the fair value of the acquired net assets and the purchase price as a gain on its income statement due to negative goodwill.