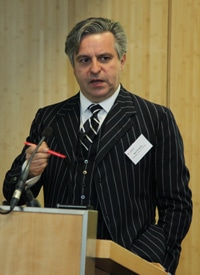 Slater & Gordon has unveiled the next stage of its expansion, targeting the East Midlands after its latest acquisition enabled it to open an office in Derby.

It has hired the 10-strong claimant personal injury and clinical negligence team from local firm Flint Bishop to start establishing its name in the area.

The clinical negligence team also operated under the separate brand of Injured Patient Claims, headed by Dr Darren Conway, who had a career in molecular genetics prior to qualifying as a solicitor. The brand has now transferred over to Slater & Gordon with the lawyers.

Neil Kinsella, head of Slater & Gordon UK, said: “The acquisition will contribute to our revenue in FY15; however, more importantly it will form a basis for the firm’s growth in the East Midlands where we look forward to being able to provide more clients with the breadth of our legal services and expertise.”

The move is the latest in a string of acquisitions by Slater & Gordon, which last month announced UK revenues of just over £100m for its last financial year, and indicated that further deals were to come in the coming 12 months.

The results showed 8% underlying growth in S&G’s UK business. While building a broad consumer brand, the firm is still heavily reliant on PI in the UK, which accounted for 77% of S&G’s UK revenues and was also far more profitable than general law services.

An investors presentation last month said S&G’s UK PI business delivered its 2014 targets, noting a “strong performance from Fentons” – one of its five acquisitions last year. A “stabilising” regulatory environment provided “opportunity to accelerate consolidation” in the PI market, it said; the priority was to increase S&G’s proportion of multi-track/serious injury work.