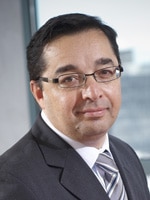 Grech: financial flexibility to pursue the broad spectrum of growth opportunities in the UK

Slater & Gordon has today made its move to become a dominant player in the consumer legal market – and particularly personal injury (PI) – by announcing deals to acquire national firm Simpson Millar, Liverpool-based Goodmans Law and the PI practice of Cambridge’s Taylor Vinters.

The Australian-listed alternative business structure (ABS) – which acquired Russell Jones & Walker last year – has announced an A$64m (£42m) equity raising to fund the acceleration of its UK expansion, which it indicated may not stop with these deals.

The equity raising has been structured as a A$59m placement to professional and sophisticated institutional investors, and a non-underwritten share purchase plan to raise up to A$5m.

Slater & Gordon managing director Andrew Grech said: “A number of options have been investigated in the UK and the three potential acquisitions now identified will deliver a number of strategic benefits, including an expanded geographic base and specialised practice areas.”

“The capital raising provides us with the financial flexibility to pursue the broad spectrum of growth opportunities in the UK. Twelve months on from entering the UK, the timing is now optimal to accelerate our growth plans in line with our strategy to become a dominant law firm brand in consumer legal services in the UK.”

Simpson Millar – which is itself an ABS – is predominately a PI firm with strong trade union links, but in recent years has expanded into family law, elder law, education law, travel law and conveyancing.

Meanwhile, another major PI ABS – albeit on the defendant side – has also today announced an acquisition: Plexus Law, the defendant insurance law firm that is part of the Parabis Group, is to merge with Greenwoods, which has offices in Bristol, London, Manchester, Milton Keynes and Southampton.

Heads of terms have been signed and the deal is expected to complete in mid May; the Greenwoods brand will remain alongside Plexus Law’s. The merger will create a £90m turnover defendant insurance litigation business comprising over 1200 staff. Parabis said the deal “further underlines Plexus Law’s drive to re-establish its position at the specialist end of the insurance law sector, especially in the London market”.

Greenwoods partners Malcolm Henké and Richard Houseago will join Plexus’s executive management team. Senior Partner Paul Parsons will be stepping back from day-to-day management of the firm but “will remain involved in projects which assist the integration of the two practices”.

Tim Oliver, CEO of Parabis and senior partner of Plexus Law, said: “We have been respected competitors for many years. Together we have greater strength in depth and capability the better to serve our clients in this rapidly developing market.

“Clients want to work with firms that offer them a full range of practice capabilities and geographic reach. By joining forces with Greenwoods, and on the back of our merger announced in 2011 with Everatt & Co, we have high-end specialist expertise and strength in depth capable of running the biggest and most complex of cases.”

Mr Parsons said: “The insurance market is consolidating with fewer firms emerging as a result. A merger with Plexus Law has given us something no other merger could – a wired-in connection to a multi-disciplinary insurance services group with insurance law at its heart.”