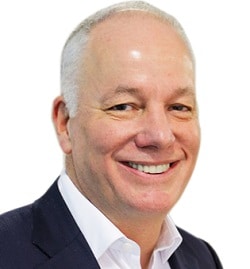 Whitmore: We want to develop the business for growth

Slater & Gordon (S&G) announced today that it will invest over £30m on new technology and broadening its services over the next three years – with volume conveyancing a target – as the firm looks to put the troubles of the past behind it.

S&G is also combining its two alternative business structures (ABSs) – one made up of all the law firms it has acquired and the other the business bought from Quindell – into one.

This will allow S&G to consolidate its personal injury (PI) services into fewer locations, meaning that it has begun consultation with staff in the Fareham and Sheffield offices, which are to be the latest in a series of closures.

S&G UK is now privately owned by hedge funds and no longer connected to the Australian law firm whose name it bears.

Today’s announcement marks a bid to start afresh after years of negative headlines that followed the Quindell acquisition, which almost sank the whole business and is the subject of continuing litigation.

In an interview with Legal Futures, CEO David Whitmore – who joined late last year – said that while previous decisions on offices and staff were made because of the financial straits the combined S&G was in, the UK operation was now making decisions for positive reasons.

He said: “We’ve taken a good, hard look at our business over the last three or four months, and said ‘Right, we’re now positioned that we can take this business forward, we want to develop it for growth but we’ve got to have sound foundations’.

“We’re also going to move from two ABSs to one, which means that we are going to be able to work more efficiently but does mean you create some excess capacity.”

The whole nature of the business was changing and this was the unfortunate result, Mr Whitmore said. “The right capacity is going to be a different combination of man and machine, and a level of automation that we don’t currently have.”

He was not surprised that S&G has had bad press as an employer given the recent years of “restructuring”, and said he wanted to build up trust with staff simply by being honest. “I’m not hiding that will have to continue making difficult decisions as the business develops.”

At the same time, he said S&G was committed to ensuring that it gave staff the different skills it envisaged needing in the years to come.

While some of the money will go on finishing the integration of legacy businesses and systems that was not done in the past, the firm said in a statement that “a significant proportion will be invested in delivering a market-leading customer experience, with a focus on digitising legal services, automating processes and introducing the latest back-end technologies”.

Mr Whitmore, who was a senior partner at the accountants Andersen before its collapse and was a non-executive director of national law firm Bevan Brittan for several years, said the firm was raising the money off its balance sheet “with some assistance from our shareholders”.

“What we’re trying to do as a management is be as self-sufficient as possible – you try and use your shareholders to assist you in that process rather than being the only port of call.”

The purpose of the new technology is to make sure lawyers are used where they are most valuable, “which is giving advice in specialist areas”.

He continued: “We don’t want them involved in mundane processing which you should be able to get a machine to do for you. The type of touch and feel and connection you will have with a firm like ours will change.

“You will have a relationship electronically but there still will be, and has to be, a human contact as well. I expect that to be a higher-quality contact because it will be on the important things that only humans can be involved in.”

He remained oblique about what this would actually look like, but made clear that S&G’s focus was on its customers – not clients. Indeed, he has recently appointed a ‘chief customer officer’.

“That says we do need to treat our clients a little differently; we are essentially a retail business and therefore it’s almost a different psychology we need to have compared to a traditional law firm.”

One of the big drivers of change for S&G is the latest wave of reform in its major area of practice, PI, which is likely to move a lot of the low-value cases the Quindell arm handles into the small claims court, where claimants may well choose to go it alone as they would not be able to recover any legal costs.

The reality is that the PI market will continue shrinking, even though “we feel we’re going to retain or improve our market share, particularly in the higher-value cases”.

This means that more focus will be put on S&G’s employment and family law departments – which Mr Whitmore said have “lacked some care and attention” in recent years – while it is to move into volume conveyancing.

“We do residential conveyancing but we do it in a more traditional fashion. We see a place in the market to offer a higher-quality, more automated service. There will still be some lawyer interaction.”

He acknowledged that S&G has some catching up to do when compared with major volume conveyancing businesses, but said: “We’re going for a slightly different market and we think we have an advantage because of some of the relationships we have in other parts of the business where we could potentially gain some bulk relatively quickly.”

There is a clear ambition to make S&G a truly dominant player in the consumer law market, helped by the fact that while its troubles have been very well documented in the legal and business press, most consumers will not be aware of them.

And now S&G UK is not a listed company, the constant stream of market announcements – delivering more bad news – has finally come to an end.

“When you’re not a listed company, it does allow you a bit more flexibility in terms of how you get stuff done and you can do things under the radar a bit more,” Mr Whitmore admitted.

But then might flotation be the exit for S&G’s current shareholders? They need to something to make up for the losses they have suffered.

Mr Whitmore said this could happen, but noted that a business usually needs at least a solid three-year history before taking that step.

For some, the idea of hedge funds owning a law firm is everything that is wrong with the concept of ABS, especially funds that want to claw back what they lost on the ‘old’ S&G.

Is there a risk of the shareholders putting inappropriate pressure on him to squeeze as much as possible out of S&G as quickly as possible?

“I can honestly say that I’ve had no pressure from any of our investors to take governance and regulation more lightly. In fact, it’s been the reverse… There is no suggestion that they are taking a short-term view on this.”