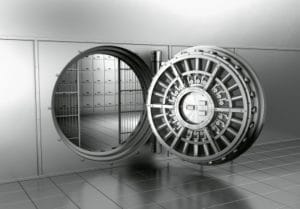 Bank: money to stay in escrow

Slater & Gordon (S&G) has overcome the first hurdle in its bid to recover some of the money it paid for Quindell’s professional services division last year, after an independent barrister said its claim had merit.

In September, the Australian-listed firm announced that it was taking legal action against Watchstone Group – formerly Quindell – over the £637m deal.

It revealed that £50m of the purchase price was held in escrow against warranty claims that may arise under the share purchase agreement.

If claims made under that agreement could not be resolved prior to the release date of the escrow – which was yesterday – and subject to compliance with threshold requirements under the share purchase agreement, including a merits assessment by an independent barrister, the money could be retained in the escrow account.

Overnight S&G announced that it had obtained a “positive merits-based opinion from an independent barrister”.

It told the Australian Stock Exchange: “Having now satisfied that requirement, the £50m currently held in escrow against warranty claims that may arise under the share purchase agreement will continue to be held in escrow until such time as claims notified under the agreement are resolved.”

In response, Watchstone said the opinion recorded that S&G has “on balance a prospect of success and that, if successful, such claim would be likely to have a value of £53m”.

It continued: “The opinion is solely for the purpose of determining whether the warranty escrow may be released to Watchstone at this time. It does not pre-judge the outcome of any legal proceedings. Watchstone remains satisfied that the warranty claim has no merit and will defend it robustly if proceedings are brought.

“During the process leading to the opinion, Watchstone had no right to require disclosure of key evidence in the possession of SGH which would be relevant to the merits and quantum of the warranty claim.

“Watchstone believes this evidence will be available to it in the event that SGH issues proceedings and it intends to seek disclosure of such information at the earliest possible opportunity.”

However, as a result of the development, the company said it would now not proceed with its further capital return to shareholders until the claim was resolved.

There are various legal actions flying around as a result of this deal. S&G is being sued in Australia by investors hit by the fall in the share price, while Your Legal Friend, also known as Camps Solicitors, is putting together a similar group action on behalf of investors in Quindell.