Slater & Gordon, Irwin Mitchell and Minster Law “will be the PI winners” 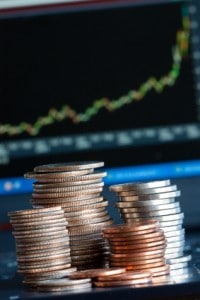 David Fisher, catastrophic and injury claims technical manager at Axa Insurance, added the names of Quindell and New Law as possible rivals to the top three.

He said Minster Law, which earlier this month opened a travel claims department, had “come from left field” but “we are seeing them more and more”.

Mr Fisher predicted that if American consumer law firm Jacoby & Meyers came to the UK, “it would dwarf Slater & Gordon”.

Speaking at last week’s Jaggards and Taylor Rose Law costs and litigation conference, Mr Fisher compared the Mitchell ruling to the B52 Mitchell bomber from the Second World War, which had the reputation of “bombing both sides”.

He warned: “Mitchell will have an effect on this year’s professional indemnity renewals. A number of firms had to exit the market last year on the back of not being able to pay their premiums. What will happen this year?”

Mr Fisher described law firms as “notoriously bad at having a business plan” and said they tended to take short-term profits while they could, without having a strategy for the future.

“I think we will see more consolidation,” Mr Fisher said. “The more intelligent law firms are dumbing down. Most personal injury claims are a commodity and don’t require a great amount of law.”

Mr Fisher labelled the traditional partnership model for law firms as “very inefficient” but he said insurers were also under pressure. “There is immense pressure on all insurers to demonstrate, on the back of the so-called whiplash reforms, that premiums will fall.”

He added that although the reform focus was on high-volume whiplash cases, the smaller number of top end personal injury claims represented 80% of insurers’ spend.