Slater & Gordon hits back at the doubters: There have been no nasty surprises since Quindell takeover… 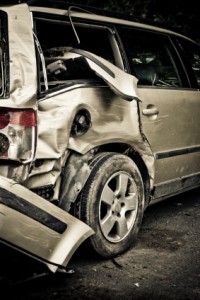 Road traffic cases: on the rise at PSD

Slater & Gordon (S&G) has fought back hard against continuing questions about its £637m acquisition of Quindell’s professional services division (PSD) – which have hit its share price – revealing it expects PSD to handle 95,000 road traffic cases next year.

Saying that there have been “no material negative surprises” since formally taking over last month, the firm also told investors that the cost of replicating what it has bought has been “underestimated”.

S&G’s share price in Australia fell 17% in response to the Financial Conduct Authority’s investigation into public statements made by Quindell about its accounts during 2013 and 2014. Separately Quindell has requested a temporary suspension of its shares while it finalises a restatement of those accounts, while also starting a review of a number of the company’s “historic transactions and acquisitions”.

In a statement to the Australian Stock Exchange, S&G reiterated earlier comments that in conducting its due diligence when buying PSD, its revenues were restated in accordance with S&G’s accounting policies, which reduced its turnover in 2014 from £645m to £368m. Profit was reduced from £328m to £99m.

The statement said: “Slater & Gordon has been aware of the concerns raised publicly in relation to the accounting policies of Quindell at all stages of its engagement with Quindell. Slater & Gordon remains confident in both its due diligence enquiries, underpinned by asset-level due diligence into 8,000 cases by 70 lawyers over six weeks, and its accounting policies, which reflect historical evidentiary experience of case file resolution in Australia and the UK.”

Media reports in Australia suggest that some of the short sellers that have profited from betting against Quindell have now moved on to S&G. They also say that despite greater scrutiny from several directions, S&G’s main investors remain comfortable with the firm’s strategy.

In a presentation about the deal to investors earlier this week, S&G explained how the deal diversifies it work sources. Pre-acquisition, 90% of S&G’s personal injury work was derived by its direct-to-consumer marketing, with 10% from affinity groups. Now only 45% of cases come direct, with 36% from other external sources such as claims management companies, 14% from insurers and 5% from affinity groups.

Addressing questions about the value of the deal, the presentation warned against simply aggregating the purchase prices of the various businesses that were bought to make up PSD, saying this does not reflect its value as an “integrated ecosystem and its organic growth”. Further, “small-scale local comparators” – such as Redde plc, which owns NewLaw Solicitors, and NAHL Group plc, which runs National Accident Helpline – are trading at a “significant premium” to PSD’s purchase multiple.

Among its initial observations from taking the business, it said, were “positive responses from strategic partners”, potential synergies between PSD and S&G – they are to be run as separate businesses – and that there were “no material negative surprises”.

PSD positions S&G as the leading personal injury law group in the UK, the presentation concluded, and it is “built to provide and sustain competitive advantage in an attractive market”.