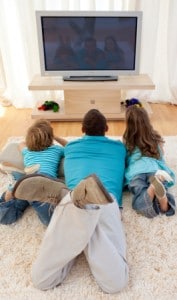 The TV advertising battle between legal brands stepped up this week with Slater & Gordon (S&G) launching a new campaign with the message ‘Your case is our cause’.

Meanwhile, the share price of Quindell plc, part of which S&G is in talks to buy, continues to fluctuate with major shareholders coming and going.

The S&G campaign – featuring its new branding, which replaces the ampersand in its name with a plus symbol – will run across a range of channels while being supported by a broader campaign across other media (see advert at end of story).

Last week we reported on the new series of commercials put out by the legal services arm of over-50s specialist Saga.

This is S&G’s second series of advertisements. The first aimed to build brand awareness, while this one bids to differentiate the firm from other lawyers and legal services providers.

Last autumn, S&G said that one in 10 consumers recognised its name, which “positions us well in our goal to become the leading consumer brand across the UK”.

Kalle Amanatides, the firm’s head of marketing, said: “The new look better represents our firm and symbolises our promise to guide our clients to brighter outcomes. Our heritage blue is now that little bit brighter and the ampersand is gone, replaced by a symbol of positivity.”
The first advertisement to air will be an employer liability advert, but a series has been produced focusing on a range of legal and business services for individuals.

Meanwhile, shares in Quindell rose nearly 10% yesterday on the back of news that Morgan Stanley now has 5.03% of the stock, triggering a requirement to notify the market of its holding. The news followed the sale of more than 2m shares by hedge fund Toscafund Asset Management, which took its stake just below 5% – just a month after tipping over the reporting threshold.

S&G confirmed last week that its talks to acquire “operating assets” of Quindell are ongoing “and remain preliminary and incomplete”. There is a due diligence process underway, the purpose of which is “to assess whether the assets are a strategic fit and to determine their fair value for the purposes of any offer to acquire assets being made”.