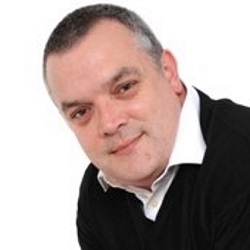 Slater & Gordon (S&G) has failed in what a costs judge called a “full frontal attack” on the business model of the law firm bringing hundreds of claims over deductions it made from the damages of former clients.

It has also been ordered to disclose the audio recordings of the sign-up calls made with 10 clients in a test case brought by Clear Legal, trading as checkmylegalfees.com.

The national law firm is facing multiple claims brought by Clear Legal. The decision this week of Master Rowley in the Senior Courts Costs Office in Edwards & Ors v Slater & Gordon UK Ltd [2021] EWHC B19 (Costs) concerns 144 Solicitors Act claims for detailed assessment that challenge the sign-up process and whether the clients gave informed consent to their retainers.

In June, it emerged that there is another set of Solicitors Act test cases involving 140 former clients that argue S&G made a secret commission from the after-the-event (ATE) insurer it used.

In Edwards, S&G sought a stay with what Master Rowley described as “a full frontal attack upon the Clear Legal business model as it applies to the 10 cases that have been grouped together and indeed in respect of other proceedings brought by Clear Legal against this defendant”.

He explained: “It is the defendant’s case that Clear Legal are acting champertously and/or are providing insurance unlawfully to at least some of the claimants; that they do not have the wherewithal to meet adverse orders for costs and as such is a company made of straw as far as the indemnity it has provided to some claimants is concerned and has left those who are not indemnified unaware of their potential liabilities.

“These are serious allegations and they are robustly denied by Clear Legal.”

S&G argued that the indemnity offered to claimants essentially made the arrangements with Clear Legal a contract of insurance, rather than of legal services.

Mark Carlisle, the checkmylegalfees.com founder, told the court that it provides the indemnity because it has been unable to obtain any ATE insurance.

“Mr Carlisle puts that down to a wish for the insurers to avoid supporting claims against their primary market of solicitors and also that the premiums would be unaffordable,” Master Rowley recounted.

The judge said he was not surprised by this, given the limited amount of damages in most cases and the likelihood that claims would be “stoutly defended”, meaning offering an indemnity was “logical”.

He did not accept S&G’s characterisation of the arrangements as consisting of unlawful insurance finding it a “peripheral element of the contract of legal services”.

Master Rowley rejected the argument that the retainer was otherwise champertous. There was nothing which “comes close to the concept of ‘trafficking in litigation’”, he said; rather, Clear Legal was offering a CFA Lite “in terms which solicitors up and down the country are prepared to offer their clients”.

He said: “The welcome pack refers to publicity for cases they have brought which no doubt has brought business in. That is not buying or selling litigation but simply conducting business as a solicitor…

“Similarly, the defendant’s argument that the claimants are passengers in these proceedings and are somehow unaware of their responsibilities holds no weight in the absence of any specific evidence regarding this supposition nor any substantiated criticism (in my judgment) of the Clear Legal business model.”

In the alternative, S&G sought security for costs from Clear Legal, which Master Rowley also refused.

“I am not persuaded that the defendant has managed to proceed through the gateway in rule 25.14 in establishing that Clear Legal have contributed to the claimant’s costs in order to obtain a share of sums recovered by the claimants,” he ruled.

“But even if that is just about established, it would not be just, in my judgment, to order Clear Legal to make a payment as security for the defendant’s costs.”

S&G had not shown that Clear Legal has stepped outside its legal adviser role so that a non-party costs order was “probable” at this stage.

“I do not consider that Clear Legal can be described as having effectively become, in all but name, a real party to the litigation motivated by its commercial interest.”

S&G had also not convinced him that Clear Legal’s balance sheet “should be a matter of concern” for the repayment of its costs if the indemnity were triggered.

However, Master Rowley did grant Clear Legal’s application for disclosure of the audio recordings S&G has of all the sign-up calls.

It alleges that the explanation when clients were signed up by their then solicitor was “lightning fast” and lacked the information to be expected of a solicitor by their client.

“There is no principled basis in my view on which disclosure should not be ordered,” the master concluded.

In a statement, Mr Carlisle said: “We are pleased with the court’s decision on these applications, which we believe were a transparent attempt to stifle our clients’ claims and avoid scrutiny – in particular proper scrutiny of what can only be described as a ‘lightning fast’ sign-up process, which we know has been used in at least one case,  and which many former S&G clients tell us was remarkably similar to their own experience.

“Whether the sign-up processes in these cases are found in due course to be sufficient to amount to ‘informed consent’ remains to be seen but our clients will be pleased that they will, we hope, now be able to proceed to deal with the substantive issues, and to do so armed with the disclosure that any other litigant is entitled to.”

An S&G spokeswoman said the firm was disappointed by the decision and would consider whether to appeal.

“We remain deeply concerned that, far from protecting ex-clients, the arrangements put in place by Clear Legal Limited expose them to the risk of personal liability for significant adverse costs.

“The information provided to the court by Clear Legal has done nothing to assuage these concerns.

“Whilst this is a discrete application which does not bring into question our funding arrangements with our former clients, we consider there remain important questions which must be answered by Clear Legal Limited. We will continue to act to protect former clients at every opportunity.”