Slater & Gordon “failed in due diligence” over Quindell purchase 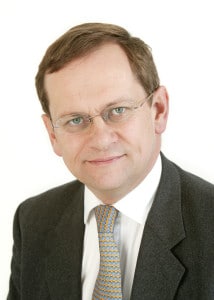 Following the £637m purchase of what is now Slater Gordon Solutions, S&G reassured shareholders that it had carried out “very extensive” due diligence.

However Andrew Evans, partner at Gateley plc, told the SRA Innovate conference yesterday: “I think they didn’t do their due diligence as well as they should have done”.

Mr Evans said S&G also got it wrong in “not seeing change coming down the line and therefore paying far too much for something, only to find that it’s not worth what you paid.

“And I think probably that they are very concentrated in PI. That had its upsides, but it also had its downsides it terms of backing one type of horse.”

Tony Williams, principal of law firm consultancy Jomati Consultants, said: “The big problem when a trailblazer gets into trouble, whether it’s Slater & Gordon or Parabis, is that people can say ‘everyone knew that ABSs wouldn’t work’. Law firms fail for different reasons.

“Once you have an unlimited supply of cash, the temptation to splash it can be also unlimited.”

Mr Williams said that instead of behaving like this, listed law firms should be particularly “mean” with their generous resources.

He said the personal injury market was going through “fundamental change” when S&G made its Quindell purchase.

“It was a grab for market share at a time when the market was going to be very challenged, which made it a very expensive grab for market share. I think it will encourage people to be cautious with certain things. I don’t think that’s necessarily bad news. You’re dealing with a very conservative profession and people who are innately conservative in their buying habits.

Giles Murphy, head of professional services at accountants Smith Williamson, who acted for Russell Jones & Walker on the sale of the firm to S&G, said: “Wherever Slater & Gordon are now, it’s a fascinating journey they’ve been on and they’ve extended the boundaries of what is possible for a law firm in the UK. They’ve been a disruptive influence and we can all learn from what they’ve done.”

John Llewellyn-Lloyd, corporate finance director at stockbrokers Arden Partners, added: “You have to be very careful about regulatory change when it comes to making acquisitions and raising funding.

“There has been so much regulatory change in the personal injury market in the UK. Slater & Gordon’s structure and strategy never fully addressed that. The world of M&A is littered with people who do one too many large deals, and the rest is history.”

Meanwhile, in other ABS news, Kent County Council has decided to go it alone in setting up an ABS, having previously looked for a law firm partner.

The ground-breaking local authority department Kent Legal Services (KLS) – which led the way in offering legal services to other public sector bodies and employs 125 lawyers – is to be spun off into an ABS owned by the council with the aim of returning “a significantly increased and sustainable income stream for the taxpayer”.

Geoff Wild, the council’s director of governance and law, said: “The company will be able to operate in the wider market without the regulatory restrictions imposed on in-house lawyers and an increase in use of technology and new business systems will lead to more efficient and better working.

“This new contract [with the council] and investment will significantly increase the contribution KLS can make to the funding of frontline services for the benefit of both our clients and the wider Kent community.”