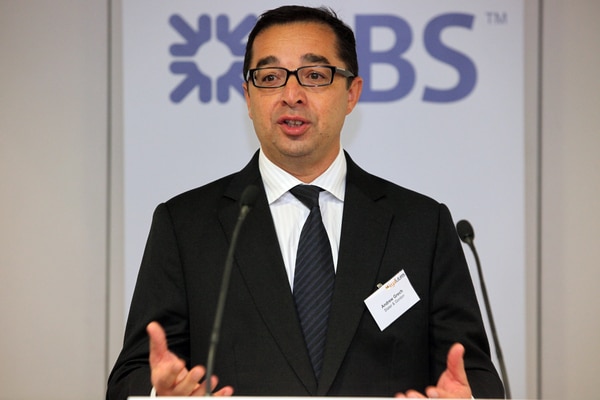 Grech: opportunity to win market share once we are through our current challenges

Slater & Gordon’s leadership remains “convinced of the strategic merit” of taking on the UK consumer legal services market, its chief executive said yesterday as he revealed that it has had an encouraging start to the current financial year – although this was in part because of the jobs that have been cut in recent months.

Speaking at the listed Australian firm’s AGM, Andrew Grech highlighted the scale of the challenge as it works through the four-prong business transformation programme for the UK arm.

He said the first task, business re-organisation, was largely complete, with a 16% reduction in headcount (about 600 staff) delivering “immediate financial benefits”.

Operating sites will have reduced from 47 to 32 by January 2017, with more to be “re-organised or closed down” later in the year.

Second, marketing and new business investment has been reduced by over a third, but case intake volumes have not been “significantly affected”. In fact, Mr Grech said, brand awareness rose from 24% to 28% during the last financial year, which he said was higher than any of the firm’s competitors.

Similarly, its website attracts 200,000 visitors a month, “twice the level of our nearest competitor”.

The third area for improvement was enhancing processes and systems – with reducing working capital lock-up a particular issue – while the fourth area was communications and employee engagement.

Mr Grech – who is currently based in the UK while all this work is taking effect – said: “Clearly during any transformation programme involving a 16% reduction in headcount, a key challenge is retaining the right staff and keeping those staff motivated and engaged…

“We have experienced some unplanned staff attrition, but overall this has stabilised and is manageable… Our brand, scale and position in the market remains an attractive employee proposition.”

He continued: “Despite the challenges we are facing in the UK, we remain convinced of the strategic merit of taking a leadership position in the UK consumer legal services market. In doing so, we have positioned Slater & Gordon to take advantage of the consolidation which is already underway and will continue.

“We are in a growing sector with a well-positioned brand and the opportunity to win market share once we are through our current challenges.”

Giving a first quarter trading update, Mr Grech said UK earnings were “slightly ahead of budget” due to over-performance by its serious and specialised personal injury practice.

However, he admitted to being disappointed by the “lack of progress with bulk settlements in the noise-induced hearing loss portfolio” of cases it bought from Quindell. “But costs are being managed carefully and losses will be significantly reduced from last year.”

Among the reasons for the delays were higher-than-expected staff attrition and “a lack of insurer capacity and will to accelerate the process”. This may lead to fewer cases not being successfully resolved than anticipated, he warned.

Across the group, Mr Grech continued, cash flow was “challenging as we deal with the impact of the re-organisation activity in the UK. Our liquidity position remains finely balanced and improving the working capital position remains a key focus”.

The AGM approved performance incentives for Mr Grech, but only if he creates what Slater & Gordon chairman John Skippen described as “long-term, sustainable shareholder value”.

Mr Grech did not receive a performance-related bonus for the last financial year and his salary has not gone up for the current year.

However, a decision by an independent barrister on whether the £50m of the acquisition price that is currently in escrow should remain there until the claim is determined is due by the end of the month.

Mr Skippen was coy about whether the firm would also sue its advisers on the Quindell deal. “With legal proceedings on foot, I am restricted in what I can say. What I can say is that the… acquisition due diligence was extensive and the company engaged highly experienced external advisers.”