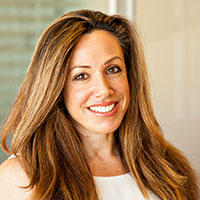 Amanatides: focus on the client

Costing more than £1m in the launch phase, the firm used M&C Saatchi to create a series of adverts, starting with one on personal injury, that will air in a mix of peak and off-peak time slots – split about 60/40 in favour of peak times – across a range of channels, including ITV and Channel 4.

The advert takes the viewer on the journey from the start of a legal problem to a successful resolution. There is another advert highlighting a wider range of services as well (scroll to the end to watch both).

The TV campaign will be supported by print advertising and digital activity through search and pay per click.

It is separate from the advertising undertaken by S&G’s personal injury brand, Claims Direct.

The firm said the objective of the campaign is “to build a strong brand that has meaning in an increasingly diversifying UK market, to create resonance with clients and to position Slater & Gordon as world-class lawyers”. S&G already has a nationally recognised brand in Australia, particularly in its home state of Victoria.

Kalle Amanatides, who recently moved from the firm’s head office in Melbourne to become S&G’s UK head of marketing, said: “This advert is a major step towards us becoming a household name. The main objective is for us to increase awareness of Slater & Gordon as a brand and communicate the message to the consumer that we provide access to quality legal services for everyday people.

“The adverts focus on three core areas of our business: personal injury, employment and family, and they each tell a story about the kind of situations our clients often find themselves in and how access to affordable and high-quality legal advice can help them to bring resolution to their problems.”

Ms Amanatides said with a strong message and a decent advertising spend, building awareness of a brand is “just a matter of time”.

She argued that consumer legal services lend themselves towards advertising because of the human interest stories they generate, adding that the trend of legal advertising – as also seen with the likes of QualitySolicitors and Co-operative Legal Services’ advertising – is to focus on the client, rather than the lawyer. “Lawyers talking about themselves is not as interesting to the client,” she observed.