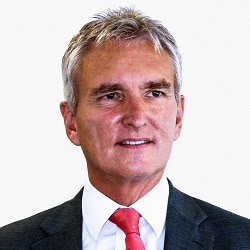 Roberts: Nobody has approached the market in the way we are doing it

A new app that offers users the full range of consumer legal advice and support for £24 a month is to be piloted in the coming weeks ahead of a roll-out early next year.

LegalDefence promises to be the first major push in the UK to establish the concept of subscription and to an extent pre-paid legal services, which is long established in the US.

It is the first overseas venture by LegalShield, an American company that has 1.7m subscribers to the product in the US.

Legal helplines and online documents are often packaged up into employee benefits schemes, trade union benefits, and before-the-event insurance, while there are a few, mainly small-scale, subscription services, most notably offered by Which?.

But Mike Roberts, managing director of LegalShield in the UK, told Legal Futures that “nobody has approached the market in the way we are doing it”.

The unique features were that members could seek advice 24 hours a day, seven days a week, and that the service covered all aspects of the law. “Good legal advice is therefore available in the palm of the member’s hand,” he said.

The price point was established after conducting market research, and the subscription also covers the member’s spouse/partner, dependent children under the age of 16 and children in full-time education up to the age of 23 living at the same residence. It also covers children with disabilities at any age living at home.

There are no limits to how often the service can be used. In the event of a dispute, Slater & Gordon will write an initial letter or make a call, on the member’s behalf, to try and resolve it.

Members will also be able to access a suite of legal documents to personalise and download, while the chatbot – which Mr Roberts said was “sophisticated” and would learn the more it was used – will seek to deal with common problems.

In the event that more advice is required, members receive a 25% discount on Slater & Gordon’s “standard billing rate”, as well as a discount on wills, £100 off conveyancing fees and £50 off re-mortgages.

Mr Roberts said the research, conducted by Morar HPI, showed that nearly seven people in 10 have recently experienced a situation that could require legal support, but less than half of them actually took legal advice.

In addition, 75% of respondents would consider a solicitor if the service was affordable.

He said that the appeal of the service to consumers “increased significantly” after they were told that Slater & Gordon would be providing the advice.

Mr Roberts accepted that the absence of a culture of pre-paid legal services was a barrier, as most people considered that they only needed a solicitor for a life event, such as moving home.

“But when we started to share the types of things that legal advice could help with, or where further action could be taken on their behalf, that opened people’s eyes,” he continued. This meant areas such as consumer rights, motoring offences, problems at work or difficult neighbours.

The pilot is in Plymouth, which Mr Roberts said was chosen because it is a “typical small English city”. The results will inform whether the roll-out in early 2019 is national or more gradual, backed by advertising.

Later in 2019, LegalDefence will move to offer a similar service to businesses.

LegalShield was founded in Oklahoma in 1972 after Harland C Stonecipher was involved in a car accident. Whilst he had car, medical and life insurance, the one type of pre-paid protection he did not have was for legal matters.

Previously the business was known as Pre-Paid Legal Services Inc and in the late 1990s was publicly traded on the New York Stock Exchange before being taken private again.

Mr Roberts said it had been looking to expand into other markets for some time, and the UK was the test bed. “Their investment is a serious one,” he said.

Martyn Beauchamp, chief customer officer at Slater & Gordon said: “Innovating through technology and progressive partnerships is a key part of our strategy to transform the way UK customers use legal services.

“Our partnership with LegalShield increases access to justice at a fair price and means we can offer UK customers an unrivalled level of choice and convenience – all from the palm of their hand.”