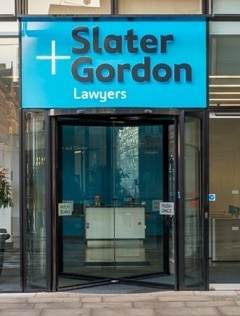 Slater & Gordon: New arrangements could be implemented in two weeks

Slater & Gordon is set to avoid insolvency after nearly 70% of shareholders approved a recapitalisation plan which will see its senior lenders – led by American hedge fund Anchorage Capital – take control in a debt-for-equity deal.

Though existing shareholders will see their stock heavily diluted – they will be consolidated on a 100:1 basis and in total will own just 5% of the company – they were told that the alternative was insolvency.

Chairman John Skippen told today’s annual general meeting: “The board understands that the outcome is disappointing for shareholders…

“The recapitalisation provides the only opportunity to secure the future of the firm and its workforce and also provides the potential for some value recovery for shareholders and other stakeholders.”

The UK operation will be formally separated as part of the deal and owned wholly by the lenders.

The £380m S&G UK currently owes the senior lenders is to be transformed into £15m plus £250m of convertible notes only repayable from specific proceeds, including the legal action against Watchstone Group (formerly Quindell) for fraudulent misrepresentation in the deal which sent the firm on its downward spiral. Watchstone is fighting the claim.

As partial consideration to shareholders, the Australian business will have recourse to the first £24m of any recovery from the Watchstone action.

Mr Skippen said the recapitalisation would reduce Slater & Gordon’s total secured debt to a “sustainable level”, enable it to continue to trade and operate the Australian operations, and prevent a breach of banking agreements.

He said the new arrangements could be implemented on 22 December.

According to local media reports, the AGM was “fiery” at times, with the Anchorage representative who joined the board making it clear that his priority was to look after his employer’s interests, rather than those of the other shareholders.

There was a separate meeting of shareholders who have brought legal actions against Slater & Gordon over the precipitous fall in the firm’s shares since its acquisition of Quindell’s professional services division in the UK. They agreed to accept a A$36.5m (£21m) settlement of their claims.

As we reported last week, it is expected to take 18 months for the UK and Australian ends of the business to cut all ties, with a business separation agreement laying out transitional arrangements.

There will be a perpetual royalty-free licence for S&G UK to use the brand in the UK, Ireland and the rest of Europe. The UK and Australian businesses “require different strategies and possess different investment opportunities,” the firm said when it outlined the plan.

UK CEO Ken Fowlie said: “This is a very important milestone in our turnaround story and a good day for our business.

“We’ve secured the support of shareholders and senior lenders, who believe the company has a bright future – both in the UK and Australia.

“The formal completion of the recapitalisation and separation process will mean the businesses in the UK and Australia will be best placed and more flexible to evolve to meet our respective clients’ need for world-class legal services.

“The legal industry is facing many challenges but also great opportunities. However, we are confident that, with significantly reduced debt and our dedicated colleagues, Slater & Gordon is positioned to thrive in a dynamic market.”

Andrew Grech, formerly the group’s chief executive, left the board at the AGM. Mr Skippen said: “Contrary to some media reports, his termination payment does not include any additional ex gratia payments. He will be paid only contractual entitlements including notice and unpaid leave.”