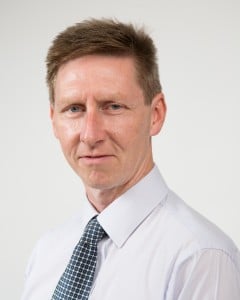 Gibson: material re-statements of accounts will be required

Yesterday’s announcement of the deal for Slater & Gordon to buy Quindell’s professional services division provided details that are likely to strengthen the case being brought against Quindell by disgruntled shareholders, their lawyers have said.

Your Legal Friend – the consumer brand of Liverpool firm Camps – is acting for more than 500 shareholders who argue that they relied on various “misstatements” made by Quindell over the last year, during which its share price collapsed from a high of 660p to a little over 30p.

Yesterday they closed at 145p, up 5% on the day after an initial spurt in wake of the Slater & Gordon announcement had taken them as high as 180p.

Colin Gibson, chief operating officer of Your Legal Friend, told Legal Futures: “The recent appreciation in the Quindell share price has now largely been crystallised in the value of the deal announced.

“This will clearly either eliminate or mitigate unrealised losses suffered by some investors in Quindell who retained their shares but those who sold earlier and those who purchased at substantially higher values may still have suffered substantial losses.

“As was widely anticipated, the announcement has confirmed that material re-statements of previously reported financial results and statements will be required, particularly in relation to revenue and profit from noise-induced hearing loss (NIHL) claims.

“We await further details from the company of these re-statements but expect these to support the view that a number of statements made in 2014 and prior periods might be seen as misleading.”

The way Quindell accounted for NIHL claims has long been a matter of contention and yesterday the board admitted that, following a review by PwC, the accounting policies adopted in relation to NIHL were “not appropriate”. When it adopts a more “conservative” approach to accounting on Quindell’s historical results, this is likely to “result in a reduction of revenue and profit” when compared to what was announced at the time.

Responding to a question from Legal Futures during a media conference call yesterday, Quindell’s non-executive chairman, David Currie, said the market had not been “hood-winked” and argued that the “best vindication” of the business and its approach was that Slater & Gordon had carried out two months of due diligence and was then prepared to put cash on the table.

Issuing further information to shareholders – including details of the general meeting on 17 April in Southampton at which 50% of them need to vote in favour of the deal – Mr Currie said the company believed that the professional services division was a “high-quality business with a robust business model, strong systems and dedicated people”.

He continued: “The directors believe that, upon implementation of a revised business plan, the professional services division would be capable of delivering an attractive level of profitability with a sustainable ratio of operating cash flow to profit.

“However, the directors and the consultants believe that it is likely that it would take at least two years to reach this balance and there would be execution risk in successfully implementing any revised business plan.”