Six years after it was due to begin, BSB pulls the plug on QASA 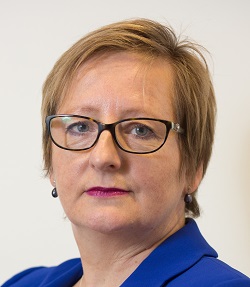 Davies: Approach to regulation has changed

The Bar Standards Board effectively killed the Quality Assurance Scheme for Advocates (QASA) today – six years after it was meant to come into force – by saying it was pulling out to go in a different direction to assure the quality of criminal advocates.

QASA was originally meant to start in December 2011, but speaking at today’s Westminster Legal Policy Forum, BSB director-general Dr Vanessa Davies explained that since then, the regulator has substantially changed its approach to regulation.

This meant that barristers were supposed to take greater responsibility for their own learning and development by removing prescriptive regulation and creating flexibility as to how competence should be maintained, but with clear arrangements in place to address instances of poor practice or non-compliance.

The BSB has therefore decided that QASA “would not be consistent with this new approach”, and it will create a new way to assure the quality of barristers.

It will also pursue a programme of “research, evaluation and engagement so that it can continue to plan and develop regulation to provide quality assurance”.

BSB chairman Sir Andrew Burns added: “Regulators must be responsive to changes in regulatory practice and be prepared to amend their approach if aims can be achieved in different and better ways.

QASA was developed over a number of years and was approved four years ago. In the intervening period, the BSB has substantially changed its approach to regulation both as it has developed as a regulator but also in response to changes in the provision of legal services.

“The board now believes that QASA no longer fits within the BSB’s regulatory approach. We have therefore decided, after much careful deliberation, that it should not be implemented.”

Solicitors Regulation Authority (SRA) chief executive Paul Philip said: “We have been in discussion with BSB and the other regulators and understand their position.

“QASA is a solution that was developed many years ago and both regulation and the profession has moved on since then. However, concerns about the quality of criminal advocacy continue to be raised and it is important that we respond to those concerns, be it through QASA or some other route.

“We are undertaking an additional programme of work to explore how best to ensure high standards of advocacy, and plan to publish a position paper in spring.”

Also speaking at the Westminster conference, the SRA’s director of education and training, Julie Brannon, said initial findings from research conducted among judges – which will be published next year – were that judges were worried about the quality of some advocacy.

However, the signs were that the majority of advocacy was adequate – rather, there were “pockets of poor practice”, meaning that targeted intervention was more appropriate than a wide-ranging scheme.

A statement from CILEx Regulation – the third member of the Joint Advisory Group (JAG) that developed QASA – said: “All CILEx advocates are required to maintain and develop competence through the outcomes focused CPD scheme. Criminal advocates must meet two outcomes specifically related to advocacy skills.

“Alongside other members of JAG, we will build on, where appropriate, the QASA standards into our advocates’ CPD guidance.”

QASA was first delayed until April 2012 and then beyond. In July 2013 the Legal Services Board (LSB) approved the final rules needed for the BSB, SRA and CILEx Regulation to get QASA going, and advocate registration did begin before being put on hold.

There was then another substantial delay while the ultimately unsuccessful judicial review of the LSB’s decision went to the Supreme Court, which ruled in June 2015 that QASA was “the only way” to protect all members of the public involved in criminal proceedings “at an upper level”.

But then on 1 October 2015, the Ministry of Justice issued a consultation paper, Preserving and enhancing the quality of criminal advocacy, which among other things proposed a separate quality scheme for publicly funded advocacy. The consultation closed on 27 November 2015 but the MoJ has not said anything on it since.

Bar Council chairman Andrew Langdon QC, said: “The birth of QASA was not celebrated by many and its death will be mourned by fewer. I welcome the BSB decision, which is plainly sensible.

“It is well known that many barristers were unhappy with the proposed scheme, not least because it risked placing both advocates and judges in a problematic position, given their respective roles during a trial.

“Similarly, the Bar does not recognise that the concept of a ‘plea only advocate’ was compatible with the role of defence counsel.

“It is evident that the BSB are now adopting a strategy which avoids those problems. They have rightly moved on, and the approach has become more sophisticated.

“The demise of QASA allows space for the Bar itself… to reinforce standards in a more flexible and proportionate way.”

Law Society president Joe Egan was similarly happy to see the end of QASA. He said: “The society has consistently voiced its concerns about the scheme, particularly in respect of proportionality and the implications of judicial evaluation.

“We support proportionate efforts to improve advocacy and in particular any schemes that enable solicitor advocates to demonstrate their skills and competence. We have had considerable reservations about whether QASA was an appropriate or proportionate scheme to assess advocacy.”