“Single source of property truth” to be piloted within weeks 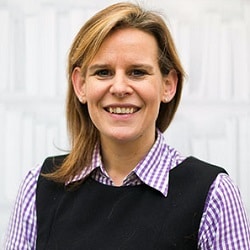 The Buying and Selling Property Information (BASPI) – the “single source of truth” that contains all the information about a property before it goes on the market – is set to be piloted in the coming weeks, it has emerged.

The hope is that it will significantly reduce the length of time between accepting an offer and exchange of contracts.

Delegates at this week’s Council for Licensed Conveyancers (CLC) annual conference in London heard that an alpha test conducted by estate agency body NAEA Propertymark cut the average period from 13 weeks to eight.

As we reported last October, the BASPI has been developed by the upfront information working group of the Home Buyers and Sellers Group – a stakeholder body of around 120 organisations advising the government.

Working group chair Beth Rudolf, director of delivery at the Conveyancing Association, told the conference that the idea has been signed off by most bodies with a stake in the process: the CLC, the Solicitors Regulation Authority, the Law Society, RICS, National Trading Standards (NTS), NAEA Propertymark, the Property Ombudsman, insurance underwriters, the Society of Licensed Conveyancers and the Property Redress Scheme. The Chartered Institute of Legal Executives is considering it next month.

The plan is for 500 transactions to go through the pilot, using large chains of estate agents, where half of the offices will use the BASPI and half will not, to establish its impact.

Ms Rudolf said buyers’ conveyancers would still undertake the usual due diligence process on the answers and raise enquiries.

“Even better, we can make sure that a summary of BASPI goes to the valuer; RICS has been through the form and pulled out those questions which will be most relevant. So we’re reducing those post-valuation queries which are the bane of everyone’s life.”

The BASPI would make the process cheaper overall, but not in terms of lower conveyancing fees, Ms Rudolf said.

The aim in time is for the BASPI to pull in as much information as possible electronically from the official sources, which would also reduce the possibility of the seller making mistakes or lying.

The form will be available for free and while it will be “reasonable” for providers to charge for completing it, the amount will be down to them – it would not be like what she called the “property tax” that home information packs represented, where sellers had to pay £500 up front.

Ms Rudolf said it would “lovely” to have its use mandated, “but we will have to prove it to government first”.

Explaining the BASPI further in the CLC’s Conveyancing 2030 discussion paper launched at the event, she suggested that lenders should have access to the information to identify whether the property was suitable for their own lending policies.

“So you could look at a property on a property portal with a ‘Lender approved’ banner across it that will make it clear that this is a title that is acceptable to the major high street lenders,” she forecast.

She added: “Because we would like to see it available in digital format, it could be signed digitally and supported by biometric identity verification for the seller to establish that they own that identity and that it is the identity of the registered proprietor?

“How far would this go in terms of eradicating seller impersonation fraud and reducing claims, which in turn would reduce conveyancers’ insurance premiums that have currently reached an eye-watering high this year thanks to several big claims? That is all possible and would create a significant improvement across the entire process for all stakeholders.”

The key to the next stage of progress, however, was a data standard that enabled all of the parties’ different systems to talk to each other. Agreeing data standards and a scheme of the data with agreed fields and metatags is also part of the group’s work.

NAEA Propertymark board member Simon Wilkinson explained to the conference that estate agents required a “much higher” level of training to deal with the BASPI, called the property information questionnaire in its small-scale pilot. With a lot of people not understanding the questions, the agent had to sit down with the seller for two hours on average to go through it.

He said one large corporate agency refused to take part in the pilot because it wanted to spend no more than 40 minutes getting all the information it needed to prepare a property to go on the market.

“It will take time to re-educate everyone in the process,” Mr Wilkinson said, adding that it was not inconceivable that the period from acceptance to exchange could eventually be just 14 days.

Meanwhile, Matt Prior, lead official at the Ministry of Housing, Communities and Local Government, told the conference that it was moving towards a decision on whether to pilot reservation agreements – as we reported earlier this week, the Home Buying and Selling Group is pushing for this.

He said the MHCLG should shortly receive the recommendations of consultancy Kantar, which was commissioned to conduct behavioural research to consider ways of encouraging consumers to adopt reservation agreements.

One of the issues still being considered was what would happen if a buyer did not have the £1,000 that has been mooted as the sum they will have to commit in signing such an agreement.

Also in the session, James Munro, head of NTS’s estate agent and lettings team, said he would be submitting to the government next month a report on compliance with the rules on disclosing referral fees and whether regulation was required.

Last year, the Ministry of Housing, Communities and Local Government gave NTS extra funding to crack down on non-disclosure and asked it to report back after 12 months.

Ms Rudolf said she was still looking for conveyancers to volunteer to take part in the BASPI pilot. Contact enquiries@designsonproperty.co.uk