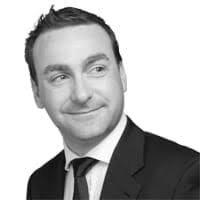 National law firm Simpson Millar is set to make at least 20% of its workforce redundant as part of a restructuring that follows its listed parent company going into administration earlier this year.

In a statement issued today, the firm said the changes were designed “to put in place a sustainable cost base following substantial under-investment under the ownership of Fairpoint Group PLC, and position the business to take advantage of the forthcoming changes and opportunities in the consumer legal services market”.

In August, Fairpoint appointed joint administrators and announced its intention to leave the stock exchange, but stressed that its legal business would continue to trade as a going concern due to its separate funding.

Simpson Millar currently employs over 500 people. It said final numbers would depend on the outcome of the redundancy consultation, but expected the number of redundancies to be between 100 and 120.

At the same time, Simpson Millar announced new funding and support from investors Doorway Capital, which is to provide at least £2m for 2018. This is in addition to the £5m receivables facility put in place earlier in 2017.

In June, Fairpoint revealed that its bank, AIB Group (UK) plc, has assigned its debt to Doorway, a specialist provider of capital to law firms.

Simpson Millar managing partner Greg Cox said: “It is never an easy decision to put members of the team at risk of redundancy.

“The business has been starved of investment over the last three years under its ownership by Fairpoint Group, which has resulted in a fall in projected revenue for 2018.

“Addressing the current unsustainable cost base of the firm will deliver the sound financial platform necessary to grow and take full advantage of forthcoming changes in the consumer legal services market.”

Mark Salem, director of Doorway Capital, added: “As part of its necessary restructuring plan, it is our intention to provide Simpson Millar with the financial and strategic support needed to ensure it is best placed to grow and take advantage of future opportunities.”