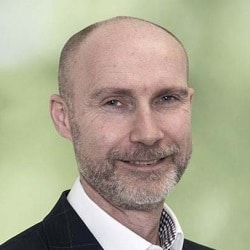 Hughes: Firm is ideally placed to respond to market opportunities

National law firm Simpson Millar has demonstrated its confidence in the post-coronavirus future by buying its second personal injury (PI) book of business in the past few months and targeting more.

It has taken the PI work of Yorkshire firm Lupton Fawcett, following on from that of Manchester trade union firm Rowley Dickinson.

The firm said the moves, and desire for more, reflected its ambitions “to build on its market presence and market share” as it aims to become one of the leading providers of consumer legal services.

Lupton Fawcett’s PI business was already in run-off, but the deal for Rowley Dickinson’s PI practice included staff transferring over as there is a continuing source of work from its trade union clients.

Simpson Millar is owned by Doorway Capital, which has invested significantly in the firm and also helped other PI firms in difficulty.

He explained that the three-pronged growth strategy was made up of developing Simpson Millar’s own ‘direct to market’ channels, WIP acquisitions, and buying consumer-focused law firms.

Mr Hughes said the firm had the expertise to reach a decision on WIP opportunities “within a very short period” – both the Lupton Fawcett and Rowley Dickinson deals were done “in a matter of weeks”.

Though there has not been any announcement as yet, it seems inevitable that the Ministry of Justice’s plan to launch the whiplash reforms on 1 August will be derailed by the pandemic.

Mr Hughes said this likely delay, as well as the impact of Covid-19 on their businesses, would give law firm owners “a chance to really consider their strategy” – indeed, he has already had some calls about possible deals.

“If others in the market place see this as an opportunity to cash in rather than carry on, then we’ve got the bandwidth to do a transaction. We have a backer who is interested in consolidating this market.”

Simpson Millar remains “very busy at the minute”, Mr Hughes added. “Our mission at the moment is to protect our people, our clients and our business.”

The firm has not furloughed any staff, but he said that, like every business, this would be monitored on a weekly basis.