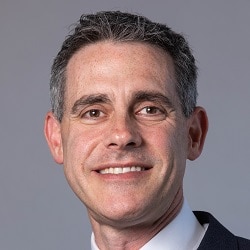 Consolidation at the top end of the conveyancing market is speeding up after Simplify announced the acquisition of a leading London and South East firm.

The second private equity-backed conveyancing deal of the week, Simplify has bought Cook Taylor Woodhouse (CTW), which is ranked in the top 15 conveyancing firms by transaction volume for an undisclosed sum.

CTW has an office in South London and three in Kent, and the 130 staff joining Simplify take its headcount to around 2,000.

Simplify, owned by private equity firm Palamon Capital Partners, is the largest conveyancing business in the country, having acquired My Home Move in February 2019.

The addition of CTW means it now completes more transactions than the next four groups of conveyancing firms combined, it said, and also makes it top dog in Greater London.

Simplify’s most recent results, for the year to 31 March 2019, gave it a turnover of £58m – 73% from conveyancing and 27% from property services – and a gross profit of £19m, although this turned into an operating loss of £4m after administrative expenses.

Simplify chief executive David Grossman said: “We acquired CTW because of its excellent reputation, strong team and scale in London and the South East, which will complement Simplify’s own strengths.

“In a turbulent time for the housing market, it is great to be able to look forward and continue delivering our plans for growth and to further strengthen our position as the undisputed number one in UK conveyancing.”

He added: “While we continue to grow all parts of the group organically, we will also explore other opportunities to add further strength to the group through further acquisitions.”

CTW director Martin Bowers said they deal would “help fuel CTW’s continued growth in London and the South East… benefitting from the scale of the group’s operations and the exceptional technology platforms that Simplify has built for its clients and Introducers”.