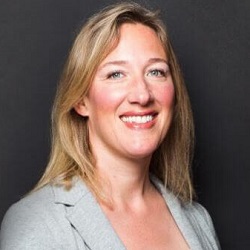 Most female barristers say the menopause has had a “negative impact” on their role, with the Bar Council saying it should be a protected characteristic under the Equality Act 2010.

It made the comments in written evidence to an inquiry on menopause and the workplace by the House of Commons’ women and equalities committee.

The committee is due to make recommendations to government later this spring and recently published the results of a survey of more than 2,161 people.

This showed that most women reported that their symptoms affected them at work, notably a loss of ability to concentrate, increased stress and a loss of confidence. Some 31% of respondents took time off work due to symptoms.

The Bar Council said that 86% of respondents to its own survey reported a negative impact on their role from the menopause.

This included the perception that the woman was older than they were or ill, a “perceived/measured decrease in work or earnings, particularly in comparison with male counterparts at an equivalent career-stage” and “explicit belittling or dismissal of the opinions of women of menopausal age”, for example by linking “forcefully expressed or challenging opinions” to the menopause.

The Bar Council said responses to the survey “show that women just carry on as best they can, suffering in silence”, with the “shared embarrassment caused by the taboo around menopause” making it difficult to discuss openly.

“It is felt that the Bar, as a male dominated profession with a culture that values strength and stamina, finds this a particularly difficult topic.

“It frequently manifests itself by the couching of all references to menopause in terms of a joke or a euphemism, often in a way that undermines and diminishes the professional women involved.

“The widespread ignorance of facts and a shying away from discussion of anything with a gynaecological connection is perceived as a major contributing factor.”

The Bar Council argued that specific recognition of menopause as a protected characteristic would enhance the level of protection.

“Plainly there is scope to protect workers from discrimination using the current legislation as drafted but at present it is left to chance or provided only in a piecemeal way.

“Furthermore, much of the successful engagement so far using these legal tools has involved postulating that the employee is disabled.

“The symptoms are often debilitating and can last for a long time, but menopause is not a disability.”

The result of all this at the Bar was a lack of gender diversity and senior female role models, along with poor retention of women, leading in turn to fewer women applying for roles such as QC or judge.

In a blog for the Bar Council last week to mark International Women’s Day, Lyndsey de Mestre QC said “an essential part of properly understanding and responding to the needs of those affected by menopause” was recognising that it affected women differently.

“This lies at the heart of addressing real-life reluctance to undertake private discussion of one’s own menopause with colleagues by many who would benefit from doing so.

“The sheer numbers of women severely affected easily demonstrates that it is no answer to reluctance, embarrassment or mis-characterisation to stop the discussion or water it down.

“Rather the answer lies in dispelling ignorance by intelligent education which ensures that a proper emphasis is placed on individual experiences.”