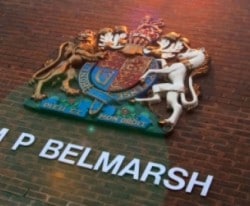 A Sikh solicitor refused entry to HMP Belmarsh because of pins in his turban has won his religious discrimination claim against the Ministry of Justice (MoJ).

Amrik Bilkhu, a criminal defence solicitor at London firm GT Stewart, was trying to visit a client who was on remand at the prison in October 2013, but was turned away because of four pins holding his turban together. He had been wearing his turban that way for 24 years.

The Ministry of Justice has now settled his claim for religious discrimination, paying Mr Bilkhu compensation and his legal costs. Proceedings had been issued in the county court, with a trial listed to be heard in May.

Previously, the MoJ had indicated that it proposed to defend the claim on the basis that Mr Bilkhu had not been refused entry, but had in fact elected not to proceed with the legal visit, rather than submit to a search of his turban.

His solicitor, Duncan Burtwell, of GT Stewart’s actions against police and public authorities department, said: “The way that Mr Bilkhu was treated in this matter was appalling and it ought never to have been necessary to bring this claim on his behalf. Any legitimate security concerns relating to Mr Bilkhu’s turban pins could have been more proportionately addressed than by the refusal to admit him to the prison altogether.

“In any event, Mr Bilkhu’s attendances at HMP Belmarsh on previous occasions and HMP Belmarsh’s ‘approval’ of his turban pins for subsequent legal visits rendered the entire incident ridiculous.”

He said Mr Bilkhu’s “indignation and distress” were then compounded by the MoJ’s response to his claim, “which had the effect of casting Mr Bilkhu as a vexatious liar with nothing better to do with his time than bring minor claims such as this one. It is Mr Bilkhu’s wish that his action will deter incidents such as this from occurring in the future”.

A Prison Service spokeswoman said: “We respect individuals’ rights to wear religiously appropriate clothing, including hats, turbans and caps. We do not comment on individual claims.”