Significant rise in number of solicitors struck off, as tribunal faces ever more complex cases 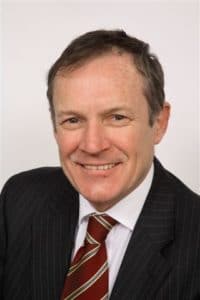 The Solicitors Disciplinary Tribunal (SDT) struck off 35% more solicitors in the last calendar year compared to the 12 months before, its annual report has revealed.

Meanwhile, the legal costs awarded to the Solicitors Regulation Authority (SRA) in bringing prosecutions rocketed from £1.7m to over £3m – an increase of 76%.

Fixed period suspensions increased from 12 to 19, but there was only one indefinite suspension, compared to three the previous year.

The number of restrictions on practice imposed on solicitors rose from 12 to 26, and section 43 orders preventing non-lawyers from working for law firms from two to six.

The increase in disciplinary activity was reflected in the rise in the number of SDT sitting days last year, up from 185 to 260.

Edward Nally, president of the SDT, said in his report that “the trend towards hard-fought and often high-profile hearings continues apace…

“The complex cases often occupy several weeks. Our focus through 2016 and beyond will be to maintain a cost-efficient tribunal and a just forum for the adjudication of serious professional conduct allegations.

“We will not be afraid to challenge excessive costs when we observe them, nor to criticise hopeless or unrealistic arguments.”

The SDT said its 76 strike-offs were the result of various forms of misconduct, including criminal convictions, overcharging clients or misappropriating their money, or failing to discharge their duties “honestly and reliably”.

Other solicitors were struck for “grossly” misleading clients, or their employers, by creating false documents.

Among the suspensions were cases which were serious, but did not justify permanent removal from the roll, and those where the solicitor was suffering from a serious illness or addiction.

A breakdown of the allegations made against solicitors by the SRA showed that 40% were based on criminal convictions.

Almost a third (31%) involved breaches of the Solicitors Account Rules, with 12% based on failures, such as failing to pay counsel or to comply with an undertaking. Misuse or misappropriation of client money account accounted for 11% of allegations.

In relation to the costs orders, the report said: “A number of substantial cases were heard during the period which, to some extent, explains the significant increase in this figure. Cases lasted longer and were more complex in terms of the investigations carried out by the SRA.”

The SDT said it had ordered £266,000 of the SRA’s costs bill not to be enforced without leave, which it does when there is evidence that the solicitor does not have the means to pay.

An SRA spokesman said: “As the SDT has acknowledged… the cases we are dealing with are becoming more and more complex.

“This is shown by the fact that the SDT sat for 260 days last year, an increase of more than 40% compared to 2015. We will continue to look for ways of keeping costs down, for example, through using agreed outcomes where appropriate.”

However, the SDT estimated its actual spend for last year at £2.4m, and said the surplus would be returned to the Law Society – this included money put aside for appeals against decisions made by the SRA in relation to alternative business structures, of which there has still not been one since the first applications were made more than five years ago.

Perhaps because of the increased workload, the tribunal was much less successful last year in achieving its timeliness target – to determine 70% of applications within six months from date of issue.

November was the only month when this was achieved, compared to four months the previous year.

However, figures published by the SDT in January highlighted gaps of a year or more between some decisions by the SRA to refer cases for prosecution and actually sending over the case papers.