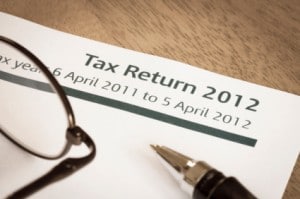 Tax: this is not an empty threat, says HMRC

HMRC claimed yesterday that a “significant minority” of lawyers in London are underpaying on tax as it launched a specialist taskforce aimed at rooting them out.

However, the announcement met with polarised reactions suggesting that it is either likely to lead to criminal actions or is doomed from the start.

The legal profession in London is one of five new sectors that now have a taskforce dedicated to identifying tax-dodgers; others include hair and beauty in the north-east and restaurants in the south-east and Solent.

HMRC described the taskforces as “specialist teams that undertake intensive bursts of activity in specific high-risk trade sectors and locations in the UK”. The teams will visit traders to examine their records and carry out other investigations.

HMRC’s Mike Eland, director-general enforcement and compliance, said: “This is not an empty threat – HMRC can and will track you down if you choose to break the rules. We are on target to collect more than £50 million as a result of taskforces launched in 2011/12.” HMRC has launched 30 taskforces since May 2011.

An HMRC spokesman explained that the decision to target a particular sector is based on intelligence which suggests that “whilst the majority in that sector pay what is due, there is a significant minority who have been found not to pay all they should”.

He added: “This taskforce will look at tax from all forms of income and ensure that the correct tax has been paid.”

Gary Ashford, head of tax investigations at accountants RSM Tenon, said details are still sketchy, such as whether it covers a national firm with a London office. But he added: “This approach has been used by HMRC for some time now and is considered highly effective. The latest target of London lawyers is likely to be highly controversial, but this is serious and some are bound to result in tax investigations, even including criminal actions.”

At the same time, Tim Gregory, a partner at accountancy firm Saffery Champness, said that until now these crackdowns focused on occupations where there are a significant amount of cash transactions and/or elements of work that are routinely dealt with outside normal accounting systems. “Neither of these aspects are present to any great extent in the legal profession, and it is difficult to see how HMRC expect to recover significant amounts of tax.

“Lawyers are professionals, regulated tightly by their professional bodies, and a conviction for tax fraud would put an end to their careers. Whilst every walk of life has its bad eggs, only an exceptionally unusual lawyer would risk their livelihood by cheating the system, so it seems unlikely that there can be many for HMRC to investigate.”

With two barrister currently facing VAT fraud charges, the move may be targeted in particular at the Bar. Bar Council chairman Michael Todd QC said: “It is not, at present, clear to us exactly why the legal profession has been targeted by HMRC. Barristers provide an essential, front-line public service which is crucial to the smooth running of our country’s excellent and world-renowned justice system. The law is one of the UK’s strongest exports, and barristers and solicitors bring billions in revenue to the UK every year.

“The Bar Council expects barristers, like any other group of taxpayers, to meet their tax obligations. My predecessor, Peter Lodder QC, wrote to David Gauke MP last December, to invite him to discuss barristers’ liability to pay taxes for work which has been done, but for which the fees had not been paid by the government. He declined to meet us, and we were unaware, until yesterday, that HMRC had specific concerns about the tax affairs of lawyers.

“We are concerned that HMRC has chosen to proceed in this manner, rather than using the channels of communication with the relevant professional bodies, which have always been open. In future, we would welcome a greater level of engagement with HMRC, so that we can better assist it in carrying out its duties to the public.”