Significant leap in number of women applying for silk 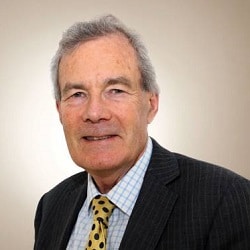 Some 116 new QCs were named yesterday, with the appointment body revealing that more women applied for silk this year and the majority were successful – unlike men.

In all, 267 barristers and 15 solicitors applied for the rank, 23 more than last year, of whom 177 were invited to interview. At 37%, this was a higher proportion of applicants filtered out than in recent years, when the figure was around 30%.

This meant two-thirds of interviewees, and 41% of all applicants, were recommended for appointment.

There were 72 female applicants this year – 27% of all applicants – compared to 42 last year. Of those, 68% were interviewed, somewhat higher than the proportion of men, and 40 were recommended for appointment.

There was, however, a noticeable drop in the number of Black, Asian and minority ethnic applicants, from 42 in each of the last two years to 30 this. Of them, 17 were interviewed and 14 appointed – 47% of BAME applicants, compared with 41% of White applicants.

Ten applicants identified as gay men and three as gay women, and six were recommended for appointment, as were two of the three declared bisexual applicants.

Two of the 10 applicants who declared a disability were appointed.

Applicants 40 and younger were significantly more likely to succeed than those who were 51 and older – 63% compared to 24%, although there were far fewer younger applicants (24) than older ones (95). The youngest successful applicant was 35 years old and the oldest 58.

Only two of eight employed advocate applicants became QCs, compared to six out of 10 last year.

“For whatever reason, there appears to be some hesitancy on the part of solicitor-advocates to apply for silk, even where they may be well qualified to do so.”

The statistics showed that 38% of repeat applicants succeeded, as against 44% of new applicants.

“Each year, the panel has the difficult task of identifying the truly excellent advocates. I am confident that those appointed today truly deserve to be Queen’s Counsel.”