SIF rule could be “catastrophic” for retired solicitors 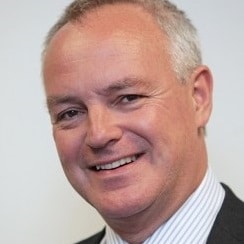 Refusal by the Solicitors Indemnity Fund (SIF) to accept notifications of potential claims could be “catastrophic” for retired solicitors, a specialist in professional regulation and insurance has warned.

Frank Maher, partner at Legal Risk, said that, “unlike normal insurers” that are prepared to accept notifications of circumstances which could lead to a claim on a law firm’s indemnity policy, SIF only accepted actual claims.

This created a problem for retired solicitors buying additional run-off cover to protect them after SIF closes in September 2020.

“If you know of circumstances leading to a claim, you must disclose them when you take out the new insurance policy and any claims will be excluded,” Mr Maher said.

“Retired solicitors are being advised in the press to go off and buy more insurance. Even if there is a market for this type of insurance, any insurer will exclude notifications which should have been made to SIF.

“SIF should accept notifications. Otherwise the consequences could be catastrophic for the individuals involved, who won’t have enough money in retirement to cover it.”

The warning came as retired solicitor Fiona Swann wrote to Paul Phillip, chief executive of the Solicitors Regulation Authority (SRA), urging him to take action on the issue.

In her letter to Mr Phillip, Ms Swann, formerly a sole practitioner in Norfolk, said: “The SRA’s position regarding SIF’s closure has always been that the former clients of closed firms will be protected by voluntary insurance purchased by the closed firm but SIF has interpreted the indemnity rules is such a way as to deny protection to former clients in certain circumstances.”

She went on: “I have made two notifications and SIF has decided that the rules require that it will not accept liability unless a claim is actually made against me/it.

“My knowledge of those circumstances ensures that I will NOT be able to insure against them, leaving a gap in cover for my former clients and myself. SIF’s position is contrary to the purpose and intention of solicitors’ PII.”

Ms Swann said it seemed “perverse” that the SRA required all qualifying insurers to accept notifications, but did not impose similar requirements on SIF.

“Qualifying insurers enter the market in order to make a profit. SIF was set up by solicitors as a non-profit making body to protect solicitors and their former clients. Therefore, the cover provided by SIF should be no less gold-plated than that required by the MTCs [minimum terms and conditions].”

Ms Swann concluded: “There is little over a year to go before SIF closes and so the period for notifications is very short. Thus acceptance of notifications should not pose an insuperable problem for SIF.

“It seems to me that this would be a far more cost-effective method of dealing with the issue than leaving retired solicitors with no alternative but to tell former clients to claim against SIF before it closes.”

Paul Bennett, partner at Bennett Briegal and specialist in regulatory law, said he agreed there was a problem.

“I don’t know if this is a major time bomb or an isolated niche issue,” he said. “There will be a relatively small number of serious adverse risks, but the extent of those risks are unquantifiable.

“My feeling is that when insurers see the opportunity, they will come and provide a product. It will not be subject to the SRA’s minimum terms and conditions, which they dislike, and it could be quite an expensive product.”

Mr Bennett added that he had spoken to a couple of underwriters earlier this year who were interested.

A spokesman for the Law Society said: “The SIF claims notification position for firms which ceased without a successor practice in the period 1 October 2000 to 30 September 2013 requires a formal claim to be made against SIF before the end of the period of cover, which is 30 September 2020.

“The matters referred to are governed by the 2012 Solicitors Indemnity Rules and require a formal claim to be recorded by the closure of that period of cover supplied by SIF.

“If the practitioner has notified the affected clients of the issue, it is for them to determine whether they wish to seek to bring a claim against the practitioner, and so long as they do so before September 2020, SIF will provide cover.”