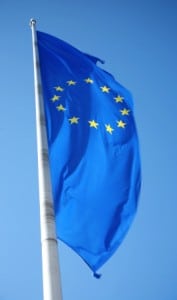 One City lawyer described leaving the EU as “incredibly negative”

Any short-term “bonanza” in legal work triggered by Britain’s exit from the EU would be followed by a drought, City lawyers have warned in a report by the Law Society.

The report covered all sectors of the legal market, but predicted that the effects on financial services were likely to be “far-reaching”.

In what the society described as a “typical” quote on the impact of Brexit, one City lawyer said: “Negative, negative. Incredibly negative.”

The lawyer went on: “In the short term for me it would be a boost because of the chaos that would ensue; we’d have a lot of work.

“But on the medium/long term, as a market, the fact we’re members of the EU has a significant impact on what we do – trade, financial services, competition – our position would be very negatively impacted, and that’s not even taking into account the businesses that would withdraw from the UK market as a result of the change in relationship.”

Another City lawyer said: “We would lose jobs, quite clearly, because some people work in supporting the big deals, so if the deals fall through, so do the jobs.”

Another predicted that there would be a “slow drain”, which would not happen overnight. “London will become less attractive, we’ll attract less talent, certainly from overseas.

“If we’re trying to attract the best and brightest from university, we offer the opportunity to work internationally, on big sexy mega deals, we’re competing against the banking industry, the accounting/consulting one, and we would lose out to them.

“We might see a decrease in attractiveness of the legal profession as a whole.”

Another lawyer said Brexit would create a different kind of law firm: “We would not have a battleship-sized law firm if the City was not here. We’d have more of an aircraft carrier – to launch legal teams all around the world from here.”

However, another City lawyer quoted in the report took a different view. “If we vote ourselves out of the EU, that’s not the immediate death of the office, as we rely on London being an international centre, and English law’s dominance.

The Law Society highlighted uncertainty over the impact of Brexit on the use of English law in commercial contracts and the popularity of England and Wales as a centre for resolving international disputes.

“It might be argued that Brexit could lead to English law being more attractive as the UK would no longer be required to incorporate those aspects of EU law which can prove problematic.

“For example, the UK would not be obliged to consider proposals such as that for a Common European Sales Law put forward by the previous commission.

“On the other hand, it is equally possible that if London becomes less popular as a financial centre, businesses might look to other major jurisdictions for their legal services, particularly where these coincide with other financial hubs.

“This move might, in turn, lead to a decline in the use of English law and England and Wales as the jurisdiction specified in international contracts. This will not be an immediate event, but it is a possible outcome in the longer term.”