Phillips: We encourage people to shop around

Research showing significant regional variations in the price of legal advice “for what are fundamentally the same services” should encourage consumers to shop around, the Legal Services Board (LSB) said today.

It suggested that the impact of Covid-19 – with people accessing more services online – could make them more willing to use lawyers in other parts of the country where they did not need to meet face to face.

In the latest effort to promote the benefits of shopping around, the research – conducted jointly by the LSB and Competition and Markets Authority – highlighted geography and the use of fixed fees as the main factors behind lower prices.

Researchers contacted 1,500 providers to check their prices across 15 specific scenarios, split equally between conveyancing, divorce, and wills, trusts and probate.

They found that legal advice was generally 20% cheaper in the North of England and 17% cheaper in Wales, while firms based in London were 33% more expensive.

For example, a provider in the North charged an average of £596 to handle the sale of a freehold property, compared to £923 in London. (See the bottom of the page for a table of examples.)

This is the third such survey the LSB and CMA have conducted – having previously checked prices in 2015 and 2017 – and it said: “While a range of prices is expected when differing service quality is available, over time we would expect to see a narrowing of price range for similar scenarios, which was not evident in this study.”

After geography, the biggest factor was offering fixed fees, with providers 35% cheaper on average than those with other approaches to charging.

The study said: “This may partly be influenced by the fact that some providers prefer to give a range rather than a single price and when prompted to do so tended to settle towards the top of the range.”

Size was only a factor to the extent that sole practitioners were 33% cheaper than larger firms.

Also cheaper were providers “which rarely or never have cases that cost more than anticipated” and those which used a charging menu of outline prices rather than pricing on a case-by-case basis.

“However, in the absence of quality indicators, it is not obvious to consumers where individual providers are on these quality scales.”

The LSB argued that better information on the quality of providers may help stimulate greater price competition, “so it is important that regulators find solutions to help consumers compare on quality as well as price” – a theme recently stressed by the Legal Services Consumer Panel too.

Unexpectedly, factors such as publishing prices online, quality marks and providing services mainly remotely did not affect prices in any significant way.

“It is possible that Covid-19 and developments in technology will mean more consumers are willing to access legal services in parts of the country outside where they live,” the research said.

Rules on price and service transparency were introduced in January 2019, but the study said they appeared to have had “limited impact” on competition so far.

Prices were more likely to have gone up than down since 2017 – around a third of providers had put them up while only a handful went the other way – but given how many factors drove changes in price, it was difficult to assess the impact of the transparency measures.

“Indeed, it is possible prices may have gone up further without them,” the research said.

But while non-compliance with the rules continues – the LSB found that 27% of conveyancing businesses still did not display prices on the websites – price transparency has improved in areas of law that were not covered by the new rules.

LSB chair Dr Helen Phillips said: “We encourage people to shop around to find a good-value deal that meets their needs. Unless they shop around, people risk paying far more than they need to.

“Where people don’t feel they need to deal with a lawyer face to face, they could make considerable savings by using providers in parts of the country where prices are cheaper.”

She went on to urge regulators to “more actively enforce compliance with their transparency rules”, adding that providers “must design services that meet people’s needs”.

“This includes making their prices clearer upfront to give people certainty about the costs they will face and make it easier to compare prices.” 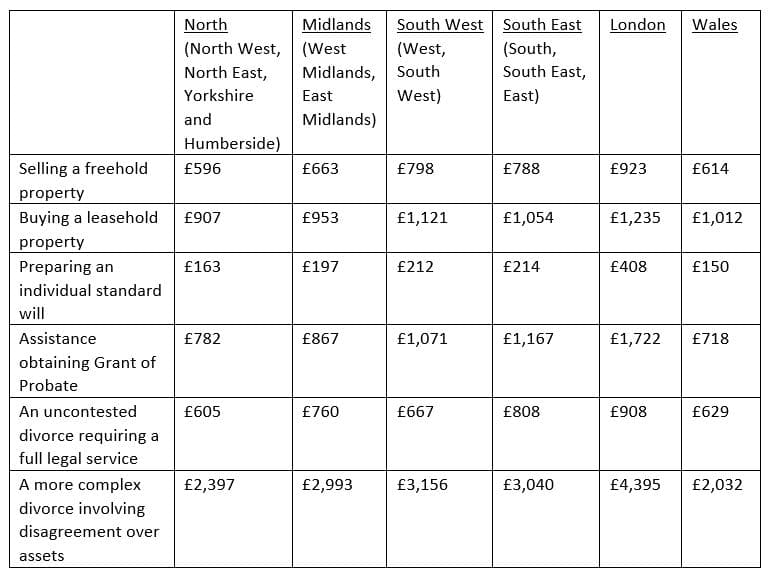