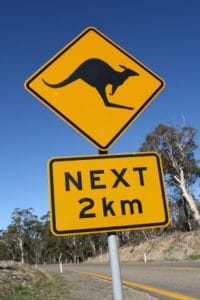 Shine Lawyers, the personal injury law firm that followed Slater & Gordon into listing on the Australian Stock Exchange, now finds itself on the receiving end of a shareholder class action, just like Slater & Gordon.

The A$250m (£149m) action alleges that Shine misled investors in a series of representations it made to the market in respect of its 2014 and 2015 results.

On 29 January 2016, the value of Shine shares plummeted by 73%, following a 10-day trading suspension for “provisioning and business reviews”. Its updated market guidance saw its forecast 2016 earnings slashed by half, from A$54m to A$26m – wiping out more than A$250m of market capitalisation.

Shine’s shares reached a high of $A3.3 in early 2015, but had fallen to A$2 by early January; the updated guidance saw them crash to 54 cents. They are currently trading at 60 cents.

It contends that Shine knew or ought to have known, well prior to its trading halt in January 2016, that discrepancies in its work in progress (WIP) recovery rates, coupled with other related “business factors”, such as “sub-optimal… fee earners”, “legislative reforms” and “market competition” would likely have a material impact on its 2016 results and, accordingly, should have been disclosed to the market.

Overly optimistic WIP recovery rates have also been one of Slater & Gordon’s many problems.

Quinn Emanuel partner Damian Scattini said: “Shine claims to be ‘always standing up for the little guy.’ But its shareholders are the very ‘everyday Australians’ it claims to protect. It is ironic that a law firm, which claims to specialise in class actions, would mislead its own investors.”

The firm is seeking interest from shareholders who acquired and held Shine shares between 27 August 2014 and 29 January 2016.

In a statement to the Australian Stock Exchange, Shine said it would “vigorously contest” the claim.

In July, Slater & Gordon settled the first of three shareholder class actions it is facing for A$36.5m, which the claimants’ solicitor said represented just a small fraction of their losses but was a better than “the diabolical alternative which meant likely insolvency for Slater & Gordon”.

There has been one other listed legal business in Australia, an aggregator called ILH Group, but it went into administration in late 2014.

In the UK, Gateley listed in June 2015 – and appears to be thriving – with Gordon Dadds following via a reverse takeover in August. Its chief executive will be speaking at next month’s Legal Futures Innovation Conference.