Sheffield looks to put itself on lawtech map 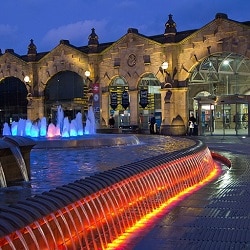 A conference in Sheffield later this year will attempt to bring together tech start-ups and lawyers across the north of England and leverage lower overheads to put the city on the map as a lawtech hub.

A number of lawtech start-ups appear to be basing themselves outside of the southern half of the country, attracted by lower costs which can eventually be passed on to law firm customers.

The LegalTech North conference is due to take place on 22 November.

Speakers already lined up include those from incubators and law firms, including DWF Ventures and DLA Piper.

Matthew Pennington, who is organising the event, told Legal Futures a big draw for start-ups was “the ability to set up and recruit talent and have lower set-up costs”, savings that could be passed on to the end-user.

He said potential law firm clients did not care where the start-up was based: “They care about what the proposition is that you are bringing to the market and whether you can help them meet their clients’ needs.”

He added that Sheffield had a “vibrant legal tech community” and the conference hoped to “showcase what is already up here”.

He pointed out that funding for innovative legal businesses may be available, from local grant-giving bodies as well as from interested law firms and investors. Organisations such as Sheffield Digital – a charity set up to help tech companies in the city – could advise on fundraising.