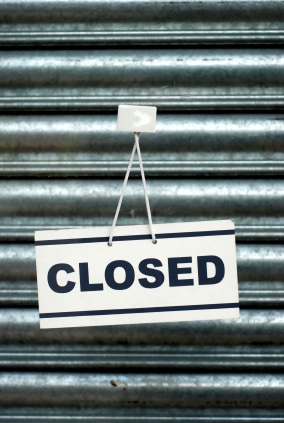 Struggling law firms: experts warn solicitors they are failing to move with the times

There has been a big rise in the number of law firms in distress, with the advent of alternative business structures (ABSs) set to make things worse, corporate recovery specialists Begbies Traynor have claimed.

The firm’s quarterly ‘red flag alert’ recorded 163 professional services businesses facing “critical distress” in the last quarter of 2011, a 61% increase compared to the same period in 2010. It said the bulk of these were legal practices.

In all there was a 24% rise to 5,306 in the number of ‘critical’ businesses across all sectors.

“But while the Legal Services Act presents opportunities for non-legal companies, most of the legal industry itself is floundering as a result of the knock-on effect on advisers as clients have sought to curb spending on legal services with pressure on fees strangling cash flow and putting firms under financial pressure.”

Ric Traynor, executive chairman of the Begbies Traynor Group, added: “The prolonged downturn in the

legal sector and the change in ownership rules will change the face of the traditional partnership law firm for good and many will struggle to survive.

“Last year saw a significant consolidation within the UK’s mid-market firms, yet beneath this there is a layer of smaller high street firms that simply can’t compete with the economies of scale of the big household brands if they aggressively commoditise legal services at much lower prices.”

Jonathan Russell, a partner at Oxfordshire accountants ReesRussell – a member of the UK200Group of independent accountancy and law firms – told Legal Futures that many law firms have failed to move with the times.

“The days of high hourly charge out rates and hourly billing have long since gone. Now we are in a competitive market place where everything is based on pre-negotiated or fixed fees… Those firms which have been run on commercial grounds and amended their trading model will have an opportunity to succeed; those that have not will undoubtedly in the medium term fail.”

He argued that the introduction of ABSs was “well advertised and gave legal practices plenty of time to change their practices to meet the challenge. Those that took no heed deserve, as any business does, to suffer for failing to adapt.”

Fellow UK200Group member Michael Bernstein, of accountants Harris Lipman in London, said the uncertainty felt by small and medium-sized legal practices has led them to sit on their hands and wonder what they should do next.

“This is not a viable strategy and firms need to make a positive decision as to their future,” he said.