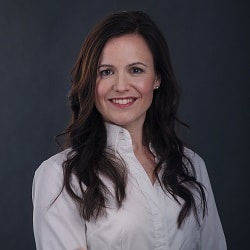 Shareholders who claim they were misled by one-time alternative business structure (ABS) Quindell have began legal action over the losses they suffered as a result.

The action is being brought under section 90A of Financial Services and Markets Act 2000, which provides a remedy for misstatements and omissions by listed companies.

The Financial Reporting Council has so far sanctioned two firms of auditors – Arrandco Audit (formerly RSM Tenon Audit) and KPMG – over their conduct in relation to Quindell’s accounts, including failing to “exercise sufficient professional scepticism”.

Its investigation came after Quindell’s 2014 accounts were published with substantial restatements of prior year revenues, profits and net assets. This turned its 2013 £83m profit after tax into a loss of £68m.

A Serious Fraud Office investigation into Quindell has been going on for more than four years.

The claim alleges that, between 2011 to 2014, Quindell provided misleading information and/or failed to disclose material facts to its auditors. It also alleges misleading statements in relation to various of its subsidiary companies.

Further, the shareholders claim that Quindell:

Jennifer Morrissey, a partner at Harcus Parker, said: “Between 2011 and mid-2015, Quindell regularly published upbeat market announcements about its financial good health, when it knew the truth was significantly different.

“We are rapidly building a cohort of shareholders who suffered significant losses when the share price collapsed when the truth started coming out, and we hope Watchstone will recognise the failures of its predecessor and compensate them without the need for a drawn-out legal fight.”

Shareholders of Quindell between May 2011 and 5 August 2015 may be eligible to join the action.

A shareholder action first mooted in 2015 by Your Legal Friend, the consumer-facing brand of Liverpool law firm Camps, has still not been advanced.