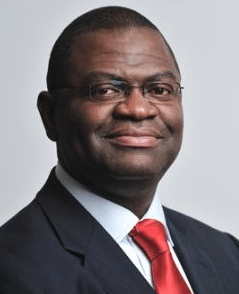 The shareholders of online conveyancing business In-Deed – the first listed company to buy a law firm – have approved the plan to dispose of the practice and the rest of its business.

Nonetheless, the failure of In-Deed paves the way for “further necessary disruption in the conveyancing market”, the former chief executive of the Council for Licensed Conveyancers (CLC) has claimed.

Set up two years ago by Rightmove founder Harry Hill, the AIM-listed company will dispose of Runnett & Co, an alternative business structure (ABS) licensed by the CLC, to Matthew Lewis for £1.

The sale also includes the In-Deed website and intellectual property, and the company has agreed to pay £325,000 to fund working capital and restructuring costs. A £902,000 debt owed to In-Deed will also be written off.

Shareholders agreed that In-Deed should be re-classified as an investing company, the primary purpose of which is to make an acquisition or acquisitions which constitute a reverse takeover into the clean cash shell the company now represents. The company has £800,000 in the bank and tax losses of £2.7m.

If this is not achieved within a year, In-Deed’s shares will be suspended from trading on AIM, and if no progress is made after another six months, the AIM listing will be cancelled.

The executive directors – Mr Hill and managing director Peter Gordon – will be the only staff and paid reduced salaries of £35,000 a year pending completion of the investment.

Meanwhile, Victor Olowe – who had left the CLC by the time it awarded Runnett its ABS licence – said he was confident that other disruptors will emerge and “build successful business models on the lessons learnt from the In-Deed experience for the benefit of consumers”.

Mr Olowe – who now runs consultancy Winzest – said he shared Mr Hill’s analysis that “the current conveyancing market in some aspects is dysfunctional”.

He explained that In-Deed’s experience had shown that to succeed in the present climate, “you need to be prepared to pay whatever the ‘distributors/introducers’ of work demand in order to gain access to consumers”.

Mr Olowe said: “Whilst in principle I am not against referral fees, the proportion of the ‘headline fee’ that some ‘introducers’ are receiving from legal firms is of concern. It is difficult to rationalise how a legal firm can continuously pay over 25% of the headline fee to an introducer and consider that their independence is not at risk of being compromised.”

Competitive advantage relies on estate agents being able to influence the buyer to use their recommended conveyancer, he said. “However, it is unclear to me whether there is an explicit obligation to declare to the buyer that they are acting for seller and recommending a conveyancer may be a conflict of interest and asking the buyer to seek independent advice or shop around so that they can make an informed decision.

“In similar circumstances in the legal services market, such potential conflict of interest would normally necessitate stronger safeguards for consumers. However, it appears based on the current regulation in this area that it is perceived that the risk to consumers is low, which is surprising.

“Although the current system benefits from the limited knowledge and understanding of consumers, it is evident from other markets that a disruptive business is going to enter this market and find a way to improve consumer empowerment – or information parity – to a point where the dominant role of introducers in the conveyancing market will be reduced.”

Mr Olowe argued that “In-Deed’s idea of providing consumers access to transparent value based services is necessary particularly in a market which is obsessed with a race to the bottom in terms of headline prices”.

He predicted that “market-changing consumer behaviour” will come not from the regulation of lawyers but from a greater focus on consumer empowerment.