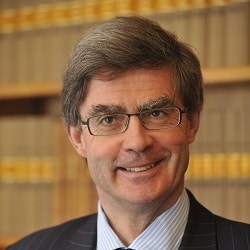 The High Court has dismissed an appeal by a solicitor struck off after telling an undercover television reporter that he would help them apply for a visa on the back of a bogus marriage.

The solicitor appealed on multiple grounds, including that the Solicitors Disciplinary Tribunal (SDT) should have found it was entrapment amounting to an abuse of process.

But the tribunal found that Syed Muzaher Naqvi, who was a sole practitioner at Naqvi & Co in West London, would have given the same advice to a genuine client.

The SDT did not watch the ITV documentary shown in 2015, called Exposure: The Sham Marriage Racket, but instead the Solicitors Regulation Authority (SRA) relied for its allegations on translated transcripts of undercover interviews.

Lord Justice Flaux, sitting with Mr Justice Fordham, said it was clear that the case law that governed this (Loosley) did not apply to “non-state agents” and that, in the case of such agents, “the court will only stay proceedings as an abuse of process where the alleged entrapment entails gross misconduct or commercial lawlessness on the part of the non-state agent in question”.

The SDT had applied the right test in finding there was no criminality or illegality, he ruled.

It was also not an abuse of process for the SRA to rely upon the evidence of the reporter without calling him – Mr Naqvi “had no absolute right to cross-examine his accuser”.

Mr Naqvi sought repeatedly to assert that the transcripts of the interviews were edited “but, as the SDT rightly concluded, this was no more than assertion and speculation on his part and unsupported by any evidence”, Flaux LJ said.

He added: “Mr Naqvi could not begin to show that the conclusions the SDT reached on his misconduct and dishonesty were ones it was not entitled to reach and, accordingly, there is no basis for this court to interfere.”

A strike-off was an appropriate sanction too: “[The reporter] had not lured Mr Naqvi into the misconduct or dishonesty, but simply afforded the opportunity for Mr Naqvi to act as he did.

“Far from being disproportionate as Mr Naqvi sough to suggest, the sanction imposed was clearly correct in the circumstances of this case.”